Thimble is a Wearable Technology / Physically Communicating Objects project focusing on the lack of accessibility amongst braille technology for blind people.

The Thimble concept hope sto change this by providing a instant way to translate real-world text into braille in real-time. Watch the video after the jump to see it in action. 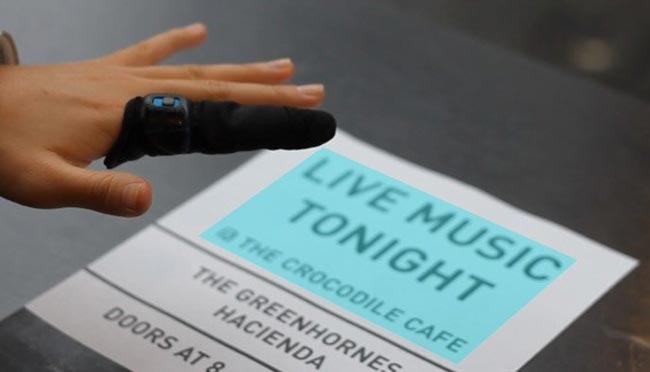 Thimble uses a an embedded camera in the finger tip to translate the text into braille which is then relayed via an electro-tactile grid to the wearer’s finger in Braille. It would also be capable of translating text from RSS feeds, books, or any other text via a Bluetooth-paired smartphone.

Lets hope this fantastic idea takes shape and can make the jump from concept to reality in the near future.