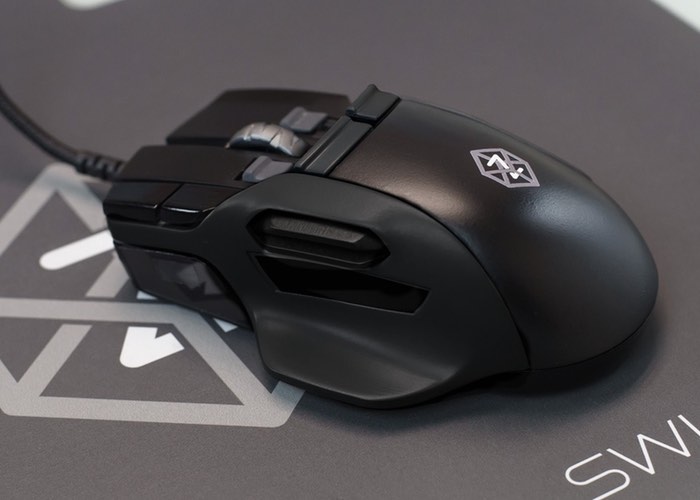 Swiftpoint has taken to Kickstarter this week and has already raised nearly $300,000 to take The Z gaming mouse, which it says is the most advanced gaming mouse ever made into production.

The Z advanced gaming mouse has been designed specifically for the power user, gamer or designer and will let you interact with your computer in a faster more precise and intuitive way says Swiftpoint.

Check out the promotional video below to learn more about the design and unique features of this advanced gaming mouse and how they make it different from anything currently on the market.

The Z is now available to back via Kickstarter with pledges starting from $139 for super early bird backers with delivery expected to take place during December 2016. Its developers explain more about what you can expect from The Z gaming mouse.

Swiftpoint’s previous Kickstarter project, earned the Best Computer Peripheral Innovation award, at the largest technology show in the US (The CES). Now, after more than three years of development, we are ready to launch The Z.

It’s the world’s first mouse to pivot, tilt and roll, with a brand new way of clicking buttons – meaning you can access dozens of different button actions while barely moving your fingers. The Z also senses how hard you click, giving variable speed / force control, and provides tactile feedback, so you know when you’ve made a ‘deeper click’. We built in an Accelerometer, Gyroscope, Force Sensor & Tactile Feedback to unleash a faster, more precise and highly intuitive mouse.If you are a Designer or home and office Power User, please check out the info right after the gaming section. If you’re a Gamer.

For more information on the new The Z advanced gaming mouse jump over to the Kickstarter website for details by following the link below.