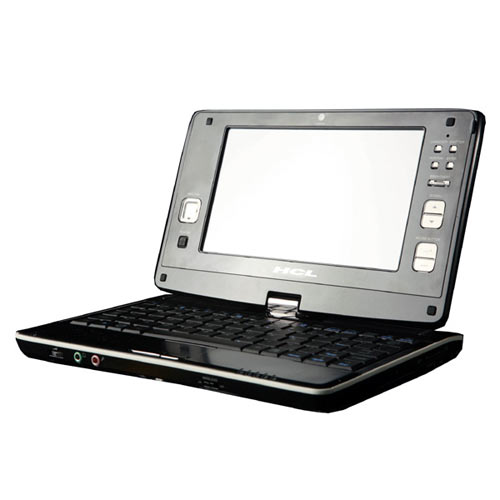 This cheap XP notebook will come under HCL’s Leaptop brand and will be called the MiLeap.

The MiLeap will run Windows XP Home and features a 7 inch TFT LCD touch screen, which can also be rotated to convert the notebook into a tablet PC.

Processing will come from an Intel 945 GU Express chipset, it will also have 1GBB of DDR2 RAM, a 1.3 megapixel camera and a built in touch pad, WiFi and Ethernet.

The HCL MiLeap will retail in India for around $425, which makes it the cheapest Windows laptop available, there is no word if we will see the in the US or Europe anytime soon.