The Urban Cursor was an art project that was shown off at the Festival Ingravid in Spain in September, it is basically a giant cursor that people could sit on, or move around, it had a built in GPS tracker which transmitted its location to Google Maps. 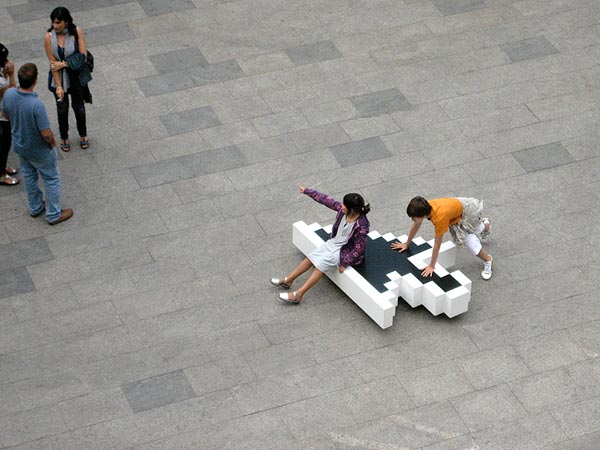 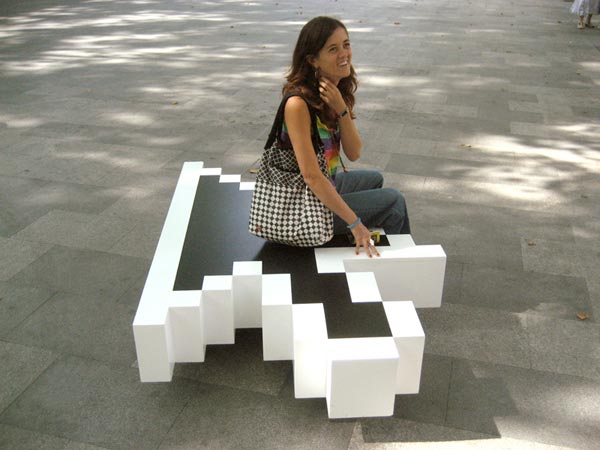 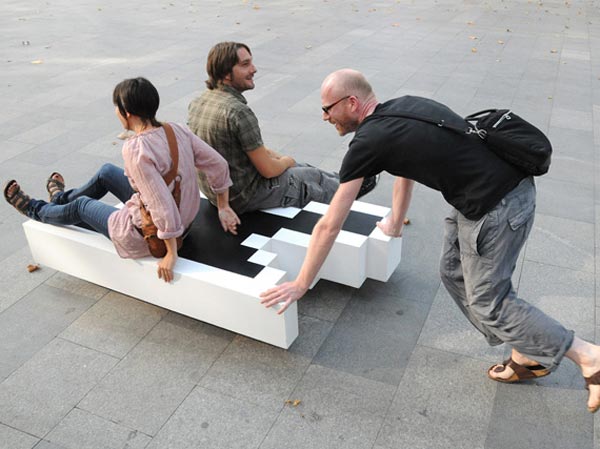 Despite being removed from its normal screen based environment, the cursor was still in touch with the digital world. Via an embedded GPS device, the cursor transmitted its geographic coordinates to a website. At the website, the coordinates were mapped in Google Maps thereby documenting the cursor’s movements in the physical world and making it possible for participants to see how they collectively helped move the object around.

During the festival participants could also upload photos of the cursor at the website. The photos were automatically placed on the map by matching the photos’ digital time stamp with the GPS coordinates.

It certainly looks like everyone had a lot of fun with the Urban Cursor, it would also make a great seating area for your Geeky Apartment.