The Tweet-O-Meter is designed to track patterns in social networking, and it is an entire wall which is dedicated to tracking tweets in major cities.  The Tweet-O-Meeter is part of the British Library’s Growing Knowledge exhibition, which is running from the 12th of October 2010 until the 16th of July 2011.

The Tweet-O-Meter displays real time tweeting levels in 9 major cities around the world, and it was designed to measure social dynamics of Twitter users from around the world. 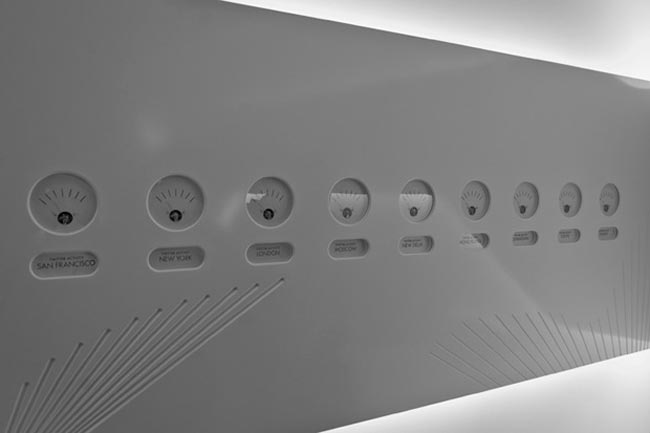