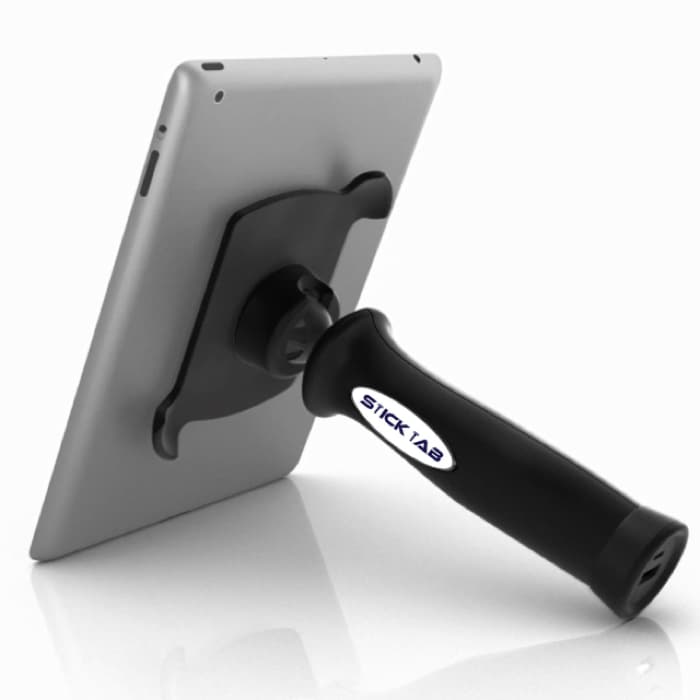 A recent study done showed that over 53% of adults in the US have one or more tablets in their home. But you know what they don’t have?

A good way to hold it.

Let’s be real. Tablets are great for mobile gaming, web browsing, bashing your rival team on Twitter, whatever you want to use them for. But they’re NOT great for holding. One hand just doesn’t feel secure. Two hands feels cumbersome. And you never seem to be able to get a solid grip on it (seriously, raise your hand if you’ve dropped your tablet).

Then you try and get a case, maybe something with a kickstand or one of those folding covers that turns into a stand. And you break the kickstand off while holding it. Or you realize that your hands don’t hold a triangle shape all that well and half the time, the tablet is trying to fall back over anyway.

We have some good news though. Great news, even! Indiegogo has this stellar new product they’re running right now. It’s called Stick Tab and it does exactly what it says… it sticks… to a tablet.

The adhesive doesn’t use glue or transferable adhesives. You won’t need to wash your hands if you touch it. And if it gets dirty, soap and water clean it right off.

It switches between devices easily, so it’s never permanent. And the handle is sweet. Ergonomically designed with a rotating head so that you can adjust the tablet however you need.

And if that wasn’t enough for you, the handle itself has a USB port for charging the tablet back up or connecting your phone (if you’re anything like me, you’re using your tablet because your phone died and you’re too lazy to go plug the phone in. Admit it).