Last week Julian made a cool stand for his iPad using 6 pencils and four rubber bands, it became very popular and we have received quite a few emails from our readers with their own version of the Pencil iPad Stand.

One of those readers was Will Smothers, who sent us in what he calls, the Pencil iPad Stand Reloaded, and rather than using pencils and rubber bands will decided to construct a stand for the iPad from scratch based on Julian’s original design. 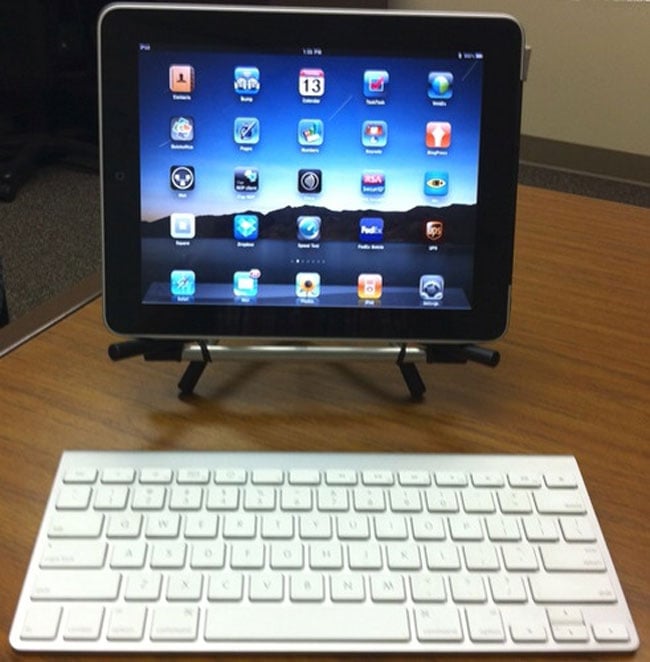 Will constructed his iPad stand from aluminum rods, which he cut down to size, he then decided to cover the ends of the aluminum rods in a Plasti Dip coating to make sure that his iPad was protected. 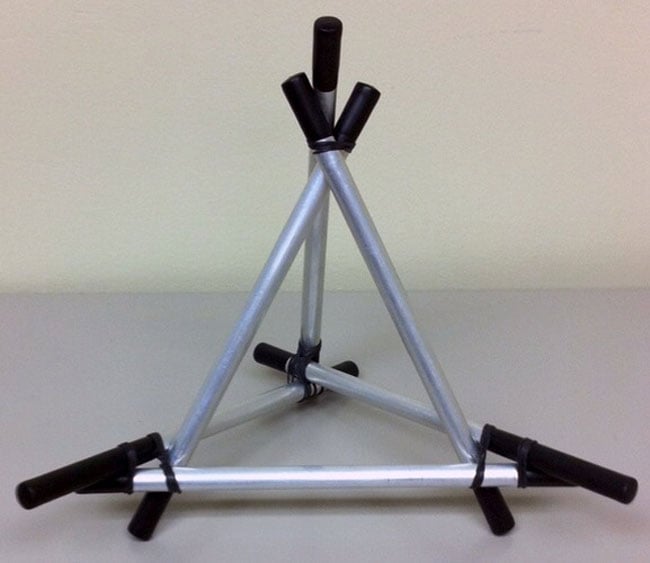 As you can see from the photo’s Will’s iPad stand looks very cool, you can find out exactly how it was made over at Wills Wired Words.

Thanks Will for sending this in!