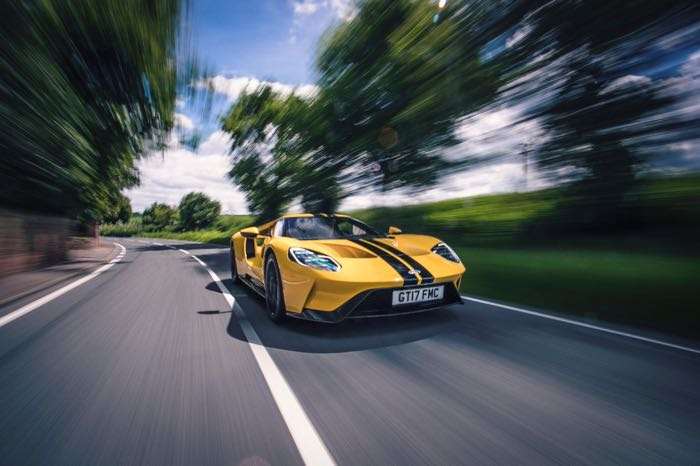 Ford has reveled some more details about what is inside its Ford GT supercar. The car maker revealed that the GT has 50 sensors and 25 computers, the supercar has more computing power than a fighter jet.

The Ford GT’s 25 computers generate 100GB of data per hour, the computers have 10 million lines of software code, this is apparently more than a Lockheed Martin F-35 Lightning II fighter Jet.

The Ford GT’s sophisticated computing systems work hand-in-hand with the vehicle’s core race car architecture to enhance performance, and also deliver greater versatility and flexibility,” said Dave Pericak, Ford Performance global director. “By constantly monitoring inputs, vehicle loads and environment, and adjusting the car’s profile and responses to suit, the Ford GT remains as responsive and stable at 300 km/h as it is at 30 km/h.”

Many of Ford GT’s sensor and computing systems enable the performance of the supercar’s engine, electronic stability control, F1-derived active suspension damping, and active aerodynamics to be continuously adjusted within the parameters of the selectable Drive Modes, for optimal performance in any driving scenario.

You can find out more information about the Ford GT over at Ford at the link below, the car comes with 647 horsepower and is powered by a 3.5 litre EcoBoost engine.