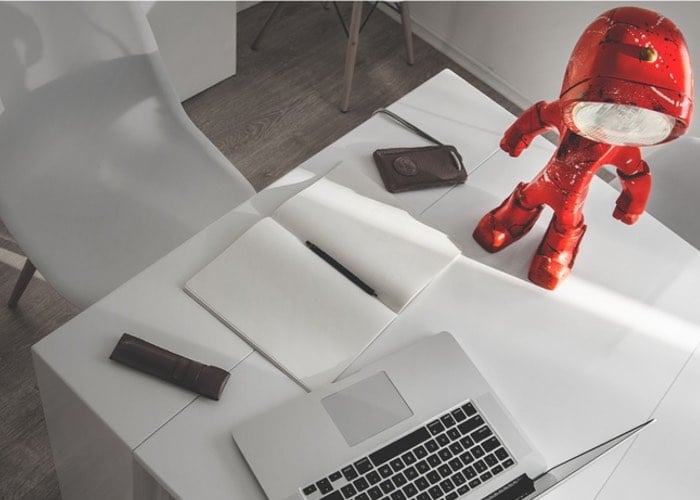 If you are in the market for a new desk lamp you might be interested in The Lampster which case the fall of a very unique Robo which is equipped with two LED light sources.

The first is an RGB which is controllable via the smartphone companion application, and the second is a clear LED that is controlled by a touch sensitive switch positioned on the head of The Lampster.

Since the campaign started on Kickstarter over 3200 backers have helped Radu and Andrew the lamps creators raise over $700,000 to help take The Lampster into production. 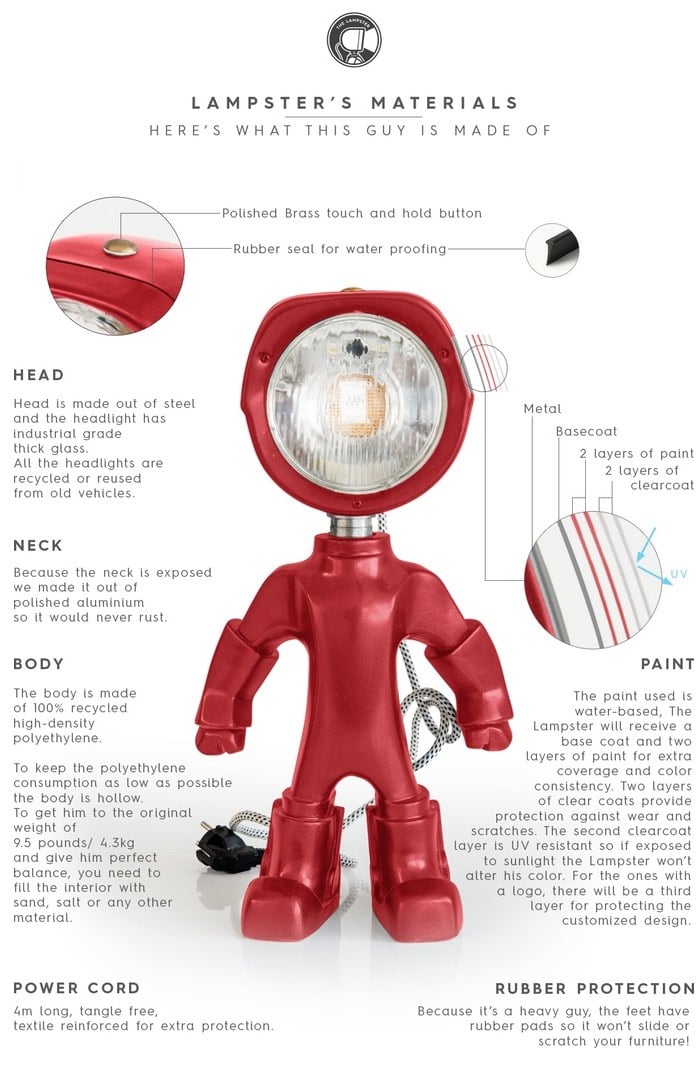 How about a lamp that would light the house both literally and figuratively? Each Lampster will be hand painted to match your style! Choose from 8 basic colors, 3 different themes or have your own logo painted on them!

It all started from some old headlight we had around the workshop. We wanted to give them some use, and make something funny to have around the house; not some dull ugly lamp. So after many sketches we came up with the Lampster! The shape is one of power and confidence, and being with colors and like some kind of a robot; makes it really fun to have around the house.!

Each head is from old tractors or bikes. It’s made out of metal and thick glass! We made a mold after the initial sculpture, and now, each Lampster’s body is crafted one at a time, with care and a touch of magic!

For more information on the new The Lampster Lamp jump over to the Kickstarter website for details via the link below and to make a pledge from $159.