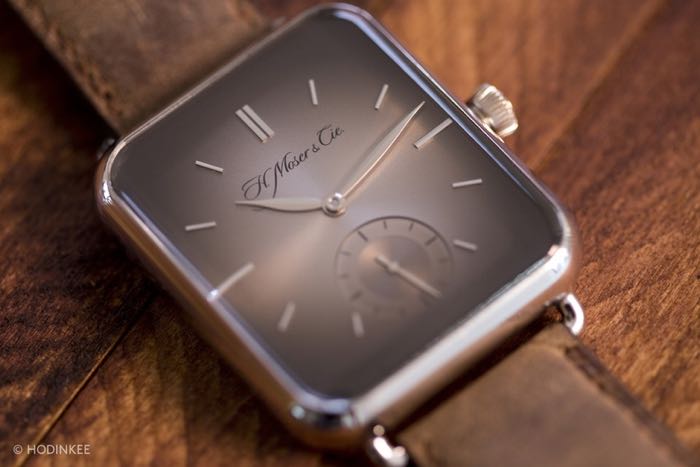 Swiss Watch maker H. Moser and Cie has released a new analog watch which looks very similar to the Apple Watch, the watch is called the Swiss Alp Watch.

The H. Moser & Cie. Swiss Alp Watch case looks almost identical to the Apple Watch, you can see the watch in the video below.

As we can see from the video, H. Moser & Cie. are marketing the Swiss Alp Watch as an alternative to smart watches.

We wonder if Apple with have anything to say about the design of this new watch from H. Moser & Cie., who are a small Swiss watchmaker who produce around 1,500 watches a year.