After 244 years of being available in print The Encyclopaedia Britannica will stop publishing its printed version of its 32 Volume publication. Instead moving its focus to its online and digital formats. 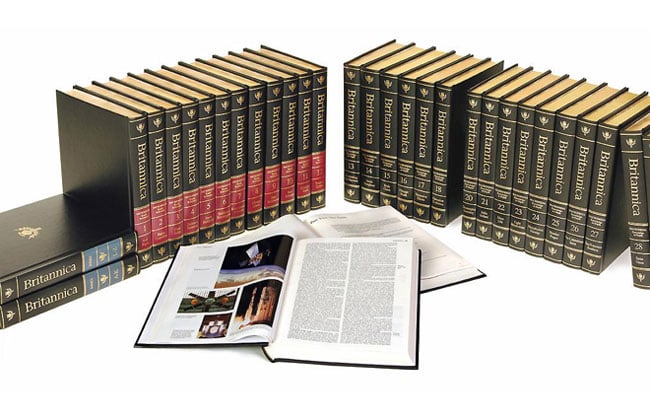 It’t not just The Encyclopaedia Britannica that has felt the bite of the Internet most reference books have now been superseded by digital copies or websites offering extensive quickly updated reference points. Such as Wikipedia which now includes around four million articles in English.

In an interview with the New Your Times, Jorge Cauz, the president of Encyclopaedia Britannica Inc. explained:

“Some people will feel sad about it and nostalgic about it. But we have a better tool now. The Web site is continuously updated, it’s much more expansive and it has multimedia.”