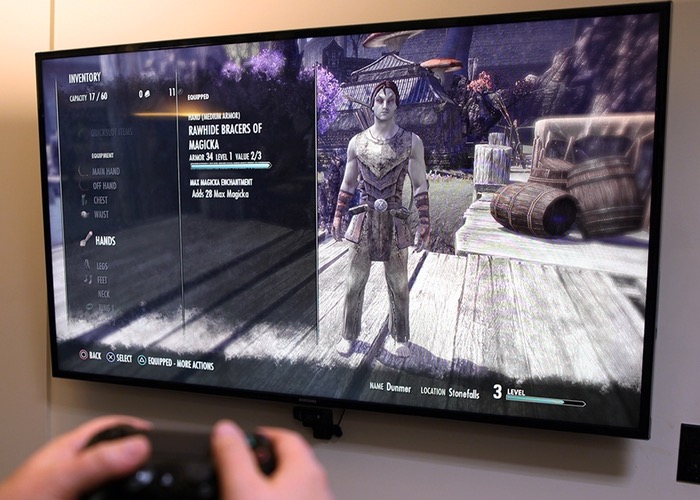 Bethesda has this week teased a screenshot of what the new Elder Scrolls Online console version could look like when its finally released and that is currently under development by ZeniMax Online Studios.

Unfortunately the launch of the Elder Scrolls Online console version has been delayed due to PC and Mac game issues that needed to be addressed, although ZeniMax has stated that the console games are still being “slowly” developed.

The PC and Mac versions of the game have already been available for just over a year and ZeniMax is currently hoping to release the role-playing game onto both Xbox One and PlayStation 4 consoles in the near future.

In a blog post published earlier this week entitled “The Road Ahead” Game Director Matt Firor looks back at what has been accomplished with the PC and Mac version of the game, and lays down plans for the future of ESO explaining :

“As you all know, 2014 has been a very busy year for us at ZOS. We launched ESO on PC and Mac and immediately started addressing any issues that cropped up, going on to release five huge updates that introduced new content, new systems, tweaks and fixes to existing systems, and tons more. We’ve done so much since launch, in fact, that we’ve sometimes run the risk of doingtoo much and disrupting your play routines or character builds with the frequent changes.

With everything we’ve done, we firmly believe that ESO is a much better, more stable, and more fun game than it was six months ago. This is the way online games like this work: the game you launch is a starting point that inevitably evolves over time—and of course, community feedback is one of the most important parts of that process. I am very happy with the evolution of ESO up to this point, and I hope you all agree.”

For more information on the console version of The Elder Scrolls Online game jump over to the official ESO website for more details.