If you have ever wondered what the main differences are between the current smartphone or tablet touchscreen technology, this quick infographic and video will explain the Difference between touch screen technology.

The infographic doesn’t explain details of the technologies but provides a quick reference chart which might help make a decision between the three technologies and explain a little more about technology involved and mentioned on a daily basis by tablet and phone manufacturers. Especially between the two lower end touchscreen technologies resistive and capacitive.

For a more detailed description comparing the properties of resistive and capacitive touchscreen and more details on the difference between touch screen technology watch the video after the jump. 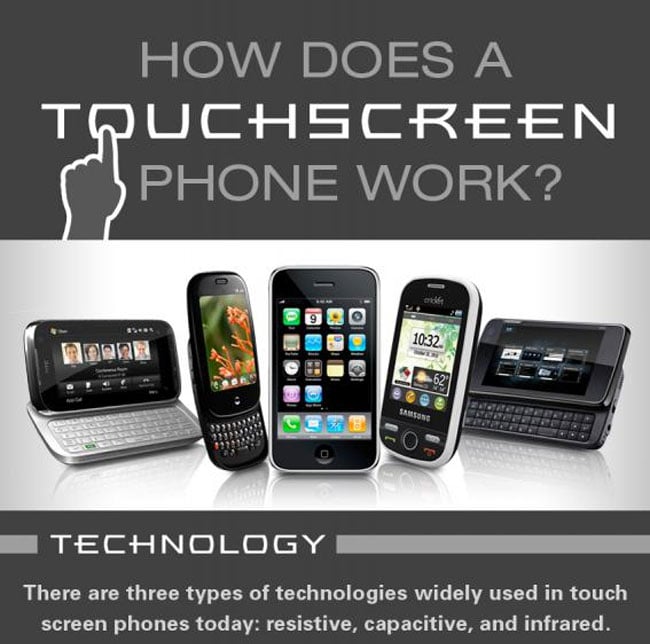