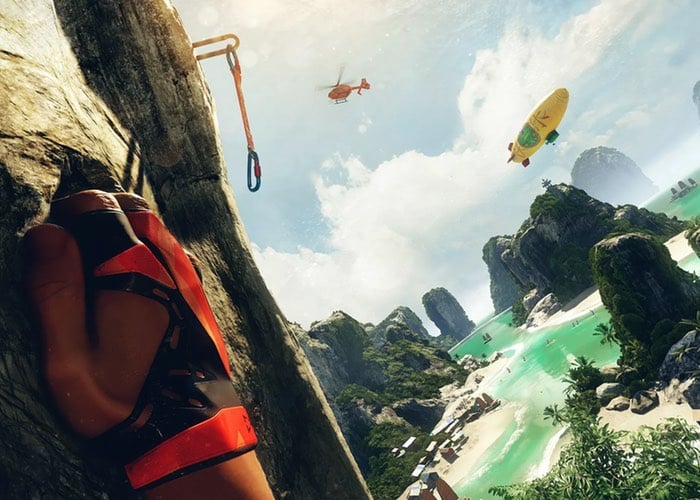 Developer Crytek has this week released a new behind-the-scenes development diary for their upcoming virtual reality climbing simulator game, The Climb. As you can guess from the title the virtual reality game being designed for the new Oculus Rift VR headset, allows you to scale and climb cliffs and structures as a solo, free, rock climber.

If you suffer from a fear of heights or acrophobia it might be time to look away. Check out the very first developer diary taking a closer look at the production and creation of the new virtual reality climbing simulation.

The Climb is currently being developed for release to coincide with the launch of the highly anticipated Oculus Rift virtual reality headset that will be launching on March 28th. Executive Produce Elijah Freeman explains :

One of my favourite moments developing the climb was early on in the prototype stages. At the very essence of the mechanic, we realized this was something unique, something hadn’t experienced before.

Team members working on The Climb talk from a place of experience in Crytek’s new ‘video developer diary’, as they climb indoors two times per week in a bid to understand the physical nuances of the heart-pounding risk and reward structure familiar to climbers.