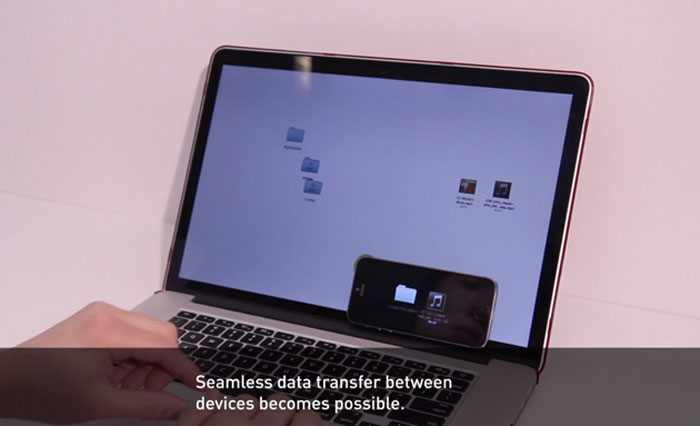 The smartphone becomes a folder for dragging and dropping files when it touches the screen of a computer. Even cooler than begin able to use physical contact to share files is the ability to use the smartphone as a game controller via contact. THAW allows the smartphone to become a container of sorts for game content. You could for instance pick up a character using the smartphone and deposit it on the other side of an obstacle in the game using the phone as a container.

THAW uses the rear camera of the smartphone to work and when pressed against the screen, you can see what the phone is covering of the game or desktop on the smartphone display. That means that it doesn’t block the screen when in contact. There is no word at this time of when or if THAW will make it to consumers.