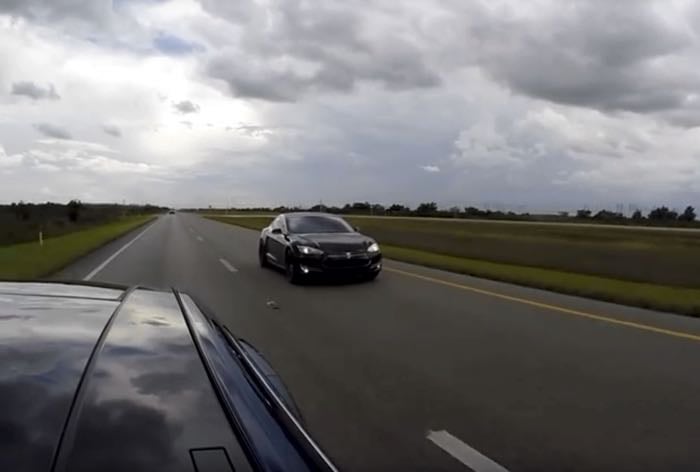 When the new Tesla Model S P90D was announced, Tesla also announced a new Ludicrous mode for their model S, which is considerably faster than the Insane mode on the P85D.

Now we have a video from the guys at Drag Times, which shows the Tesla Model S P90D with Ludicrous Mode take on the Model S P85D with Insane Mode.

We can see why Tesla decided to call their new power mode on the P90D Ludicrous Mode as it is considerably faster than the previous Insane Mode.