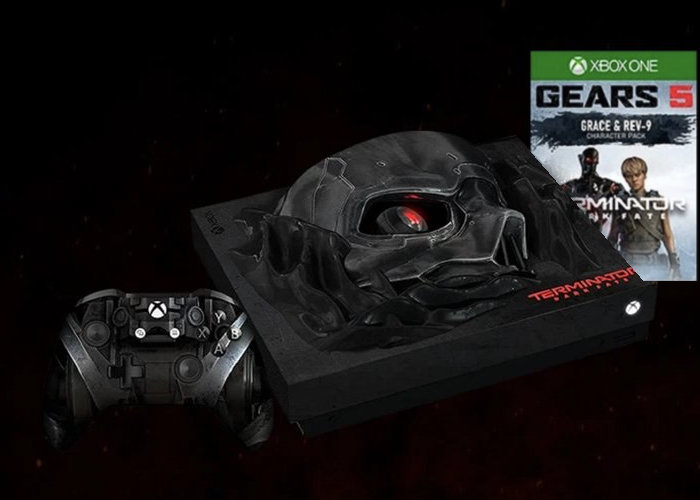 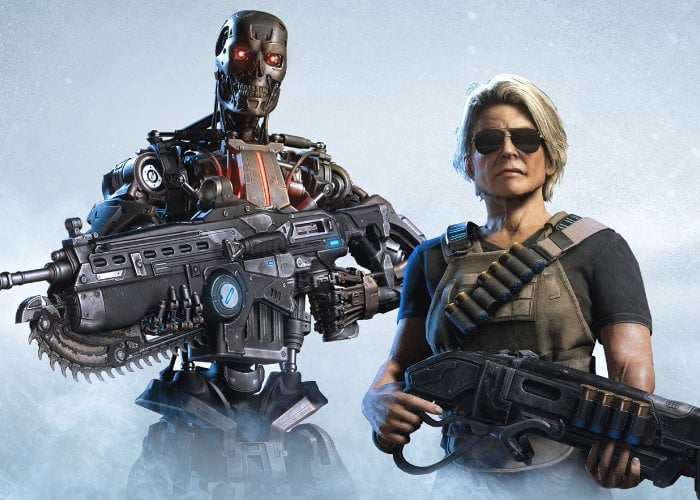 The Terminator: Dark Fate Custom Xbox One X competition will run until November 15th, 2019 during which time fans have the chance to win the extremely limited-edition. All you need to do is like, retweet and comment on the Xbox contest tweet whether you’re on the side of humanity or the machines, via the link below.

“More than two decades have passed since Sarah Connor prevented Judgment Day, changed the future, and re-wrote the fate of the human race. However in “Terminator: Dark Fate,” a highly advanced and deadly new Terminator – a Rev-9 – travels back through time to hunt down a young girl – and a T-800 from Sarah’s past may be their last best hope to protect her. To celebrate the release of “Terminator: Dark Fate,” in theaters now, Xbox and Paramount Pictures created a one-of-a-kind, custom Xbox One X inspired by the newest installment in the Terminator franchise.

The limited-edition Xbox One X features the black skull of the new Rev-9 Terminator. Perhaps the coolest feature of the console happens when it’s connected to power – the evil, beady eye of the Rev-9 Terminator glows bright red. While the Rev-9 can fully separate its skin of mimetic polly alloy from his carbon-based endoskeleton thankfully, this version of the Terminator won’t split into two.”

Want to win a @Terminator Xbox One X, Gears 5, and the new Terminator DLC?

• RT and ❤️ this tweet
• Comment which side you support, Humanity or the Machines
• Tag #DarkFateXGears5Sweepstakes#TerminatorDarkFate now in theatres. Rules: https://t.co/GXl2TGCRCI pic.twitter.com/NtCR6wXzsk