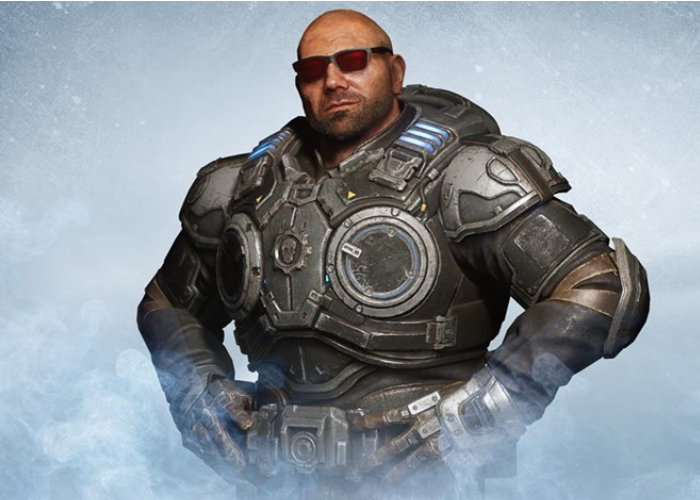 New 4K trailer has been released for Gears 5 revealing a first look at the new playable character, Dave Bautista. Bautista will be available to all players who jump in to Gears 5 between September 15th 2019 and October 28th 2019. Gears 5 will be officially launching in just over a week’s time on September 10th, 2019 offering 1/3 person shooter with both single player and multiplayer modes. In addition to single-player gameplay, Gears 5 will support three-player local split screen or online cooperative gameplay.

Gears 5 is the sixth instalment of the Gears of War series, and a direct sequel to Gears of War 4 released back in 2016. The latest game has been created by The Coalition on the Unreal Engine 4 and will be available on PC and Xbox One.

“Adding Batista to Gears 5, we started with the fantasy of “Batista as Marcus,” putting Batista into Marcus’ armor, and starting with Marcus’ script. Then we added elements of “The Animal” Batista into his voice performance and onto his look by adding his signature Hollywood shades to his character. Batista was great in the booth and I can’t wait for Gears and Batista fans alike to stomp some Swarm as The Animal.”

It’s about damn time. Play as me in #Gears5 starting Sept 15 after @WWE Clash of Champions. @XBox @GearsofWar #DreamChaser pic.twitter.com/bCU4ZIjdw1