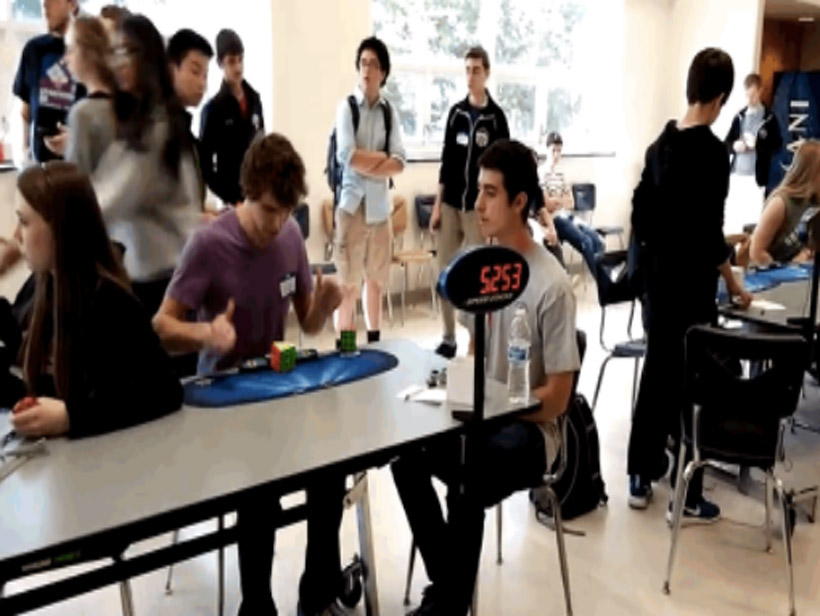 If you have ever played with a Rubik’s Cube, you know that the puzzle cube can be an annoying challenge. This weekend a teen named Collin Burns was at an official World Cube Association event at Central Bucks West High School in Doylestown, Pennsylvania. This contest has a bunch of people competing to see who could solve the cube the fastest.

Before this contest, the world record for speed solving an official 3x3x3 Rubik’s Cube was held by a man from the Netherlands named Mats Valk. That record stood as 5.55 seconds. Burns blew that record out of the water by solving the cube in 5.25 seconds. As of now, the record hasn’t been officially updated by the World Cube Association.

Before Burns is the official world record holder, the association has to verify the circumstances of the record setting feat. The WCA goes so far as to verify that the scramble is checked for correctness. Presumably that means they will check to be sure whoever mixed up that particular cube did it correctly.

A WCA rep said, “Although this result has not been uploaded to the WCA database just yet, we can confirm that this is (or will be soon) the new official WCA world record for the 3x3x3 single solve category. To our best knowledge, it has been performed in an official competition, with all the rules being followed, even the scramble has been checked for its correctness.”