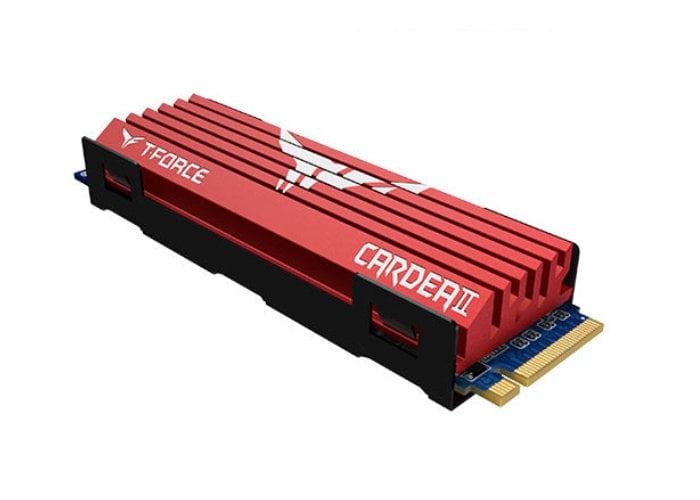 The other storage solution takes the form of a portable SSD in the form of the PD400 which is equipped with the latest generation of high speed USB 3.1 Gen1 interfaces. Unfortunately, no information on pricing or worldwide availability has been released as yet but For more information, specifications and purchasing options jump over to the official product pages via the links below.

“T-FORCE M.2 PCIe SSD – CARDEA series release the CARDEA II solid state drive with improved performance. The gaming fin type cooling module has patented design (Taiwan Utility Model Patent No. M541645), and has passed rigorous tests and burn-in test. It can be cooled down about 10 degrees in a closed space, and 30 degrees in an open space. The radiating performance can be increased by 15% comparing with traditional cooling module. Module’s superconductivity – thermally conductive adhesive can effectively accelerate the heat transfer process, so the speed performance won’t be affected by high temperature anymore. CARDEA II uses PCIe Gen3 x4 high speed interface and supports the latest NVMe 1.3 protocol. It has a truly outstanding sequential read/write speed of up to 3400/3000 MB/s, and random read/write speed of up to 180K/160K IOPS.”.