In recent years tablets have shaken up the computer industry cutting deeply into PC sales worldwide. Now a small team of developers is hoping to change the face of computers as we know it and has created the new Tango Super PC which is small enough to fit in your pocket and seems to act as a portable drive for all your system files.

The Tango Super PC has been designed to be portable but does require a docking station which allows you to use the one computer for both your work and play in different locations and is even powerful enough to handle graphic intensive games when required. To learn more about the new Tango Super PC which is currently over on the Indiegogo website watch the videos after the jump. 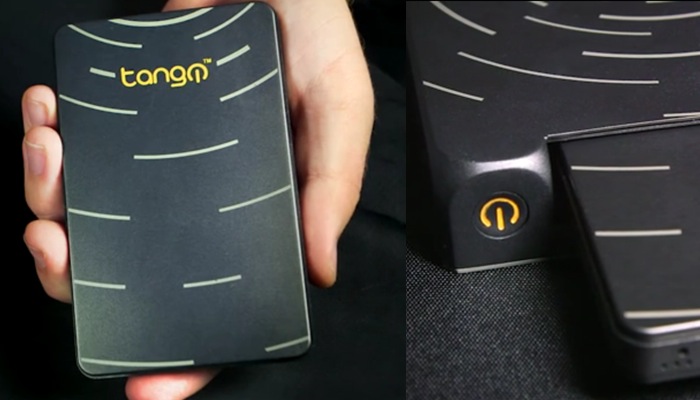 The team of developers behind the Tango Super PC explain a little more about their goals with the portable PC : “We wanted to build a PC that not only was powerful and as functional as a desktop, but something you could take around with you in your shirt pocket or purse every day. To get to such a super small size without compromising desktop functionality, we had to go back to physics and develop a whole new patent pending technology inspired from the one used in space rockets by NASA. Our team has been working on this technology for over two years. “

The Tango Super PC is currently still in its development stages and is currently only a prototype looking to make the jump from concept to production with funding raised via its Indiegogo crowd funding campaign which is currently underway.