Oops! In fact, don’t take a nap while sledding because it’s dangerous. The suggestion was unavoidable though given the shape and size of the SnowBoogie Fantom X. It’s a ‘professionalized’ sled with mechanical controls. It can’t quite perform like a snowmobile (Modern Warfare type escapes are impossible with this clunker) but it does perform pretty splendid down a slope. The controls, of course, are for maneuvering it in case of obstacles. 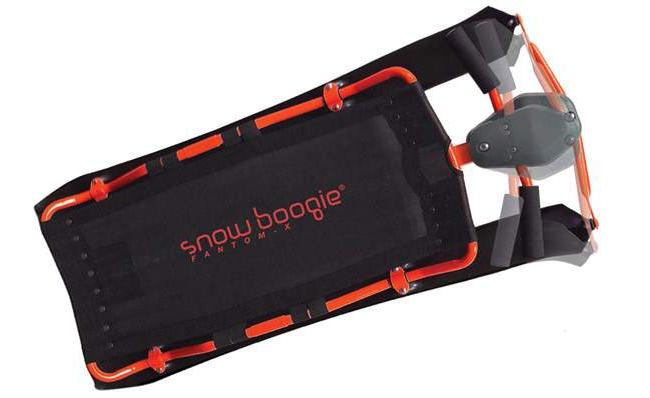 See, the handlebar controls position the skis underneath so the sled move sin the direction the rider wishes. The frame is rugged enough to take some punishment and can support a single passenger. Try a couple of people on this at your own risk.

The coolest possibility once the SnowBoogie is in someone’s hands is if it figures ina  few high risk stunts. not that stunts are admirable (only when they go off well), but in the right hands, the SnowBoogie can do pretty awesome things as it zips down a slope.

The Fantom X is currently selling for $157. Not bad if you’re really into extreme sledding. Then again, sledding enthusiasts can go the DIY route and hammer something together in the garage.