T-Mobile has announced the pricing on the LG G-Slate, and it looks like it is going to be quite expensive as the tablet will set you back $529.99 after a $100 mail in rebate, and this is on the basis that you sign up to a new two year data contract.

The T-Mobile G-Slate features an 8.9 inch display which is capable of displaying 3D content when paired with compatible 3D glasses, and it can also display HD video. 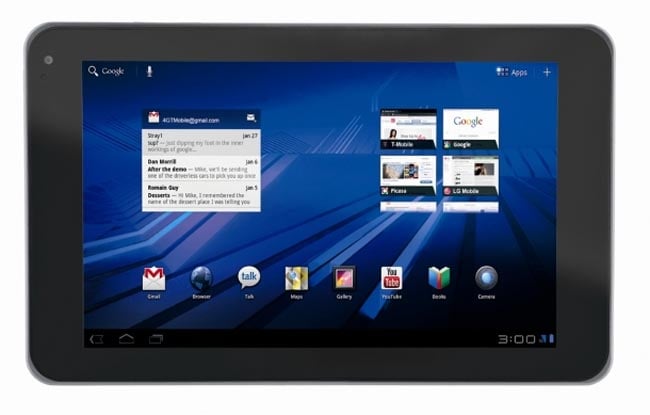 The G-Slate comes with Android 3.0 Honeycomb, and also features dual stereoscopic cameras that can record 3D video, and can shoot 5 megapixel photos, there is also a front facing 2 megapixel camera.

processing is provided by an NVIDIA Tegra 2 processor, and there is 32GB of built in storage, HSPA+ connectivity plus WiFi, a gyroscope, accelerometer and HDMI.