We recently heard a rumor that T-Mobile would be offering the new HTC One S in the US from the 25th of April, and now T-Mobile has sent out invites to a HTC One S event for the week before the rumored launch date on the 18th of April.

As you can see from the invite below, T-Mobile will be officially announcing the availability of the HTC One S on their network on the 18th of April, and whilst we don’t have an official launch date from them as yet, the rumored 25th of April launch date looks about right, unless they decide to make the device available earlier. 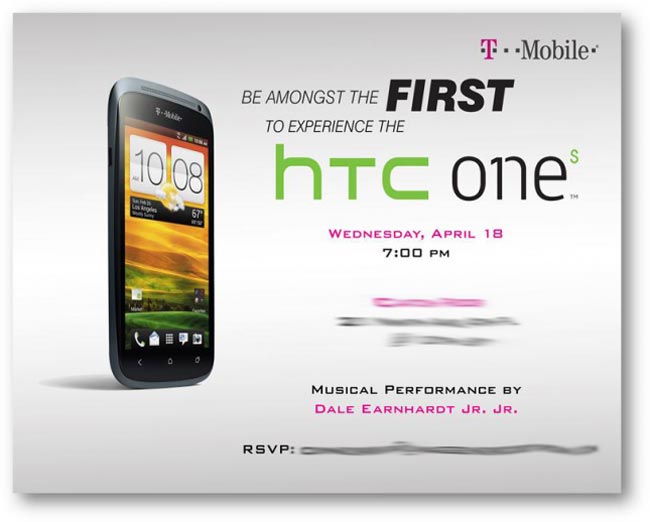 As a reminder the HTC One S comes with the latest version of Google’s mobile OS, Android 4.0 Ice Cream Sandwich and HTC Sense 4.0, plus a 4.3 inch qHD display with a resolution of 540 x 960 pixels, processing is provided by a dual core 1.5GHz Qualcomm processor.

The HTC One S also features 1GB of RAM and 16GB of built in storage, Beats Audio, an 8 megapixel rear camera which can record full HD video in 1080p and a front facing VGA camera for video chat.