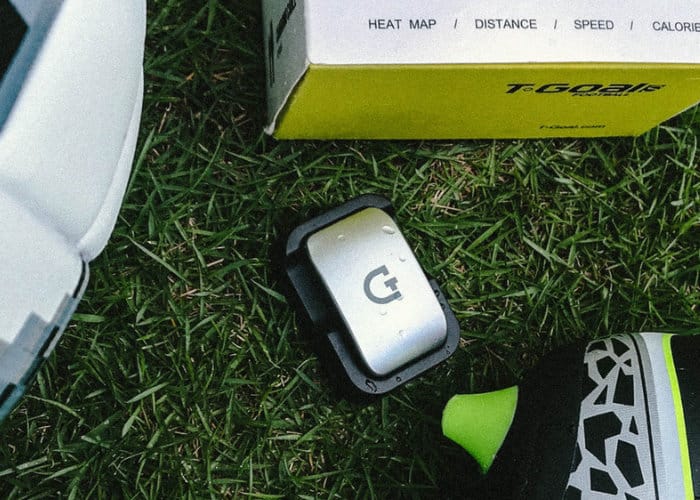 Coaches searching for a way to improve their football team’s performance or individual football players looking to record their match data, may be interested in a new wearable football data tracker aptly named T-Goal. Designed by a team of developers based in Toronto, Canada the smart wearable sensor collect your in game football statistics allowing you to adjust and plan your training like a professional. Watch the demonstration video below to learn more about the metrics that can be tracked using the wearable technology.

“After the game, enter the app and T-Goal will help you analyze how you performed. Did you get tired after the 80th minute? Did you sprint back on defense as often as you should have? If you lost this match, how did your performance compare to the last match in which your team won?” The T-Goal football sensor has launched via Kickstarter this month and is now available to back with earlybird pledges available from £61 or roughly $80. If all goes well worldwide shipping is expected to take place in a couple of months during September 2018. Early bird backers can receive a 47 percent discount off the recommended retail price by using the crowdfunding campaign. 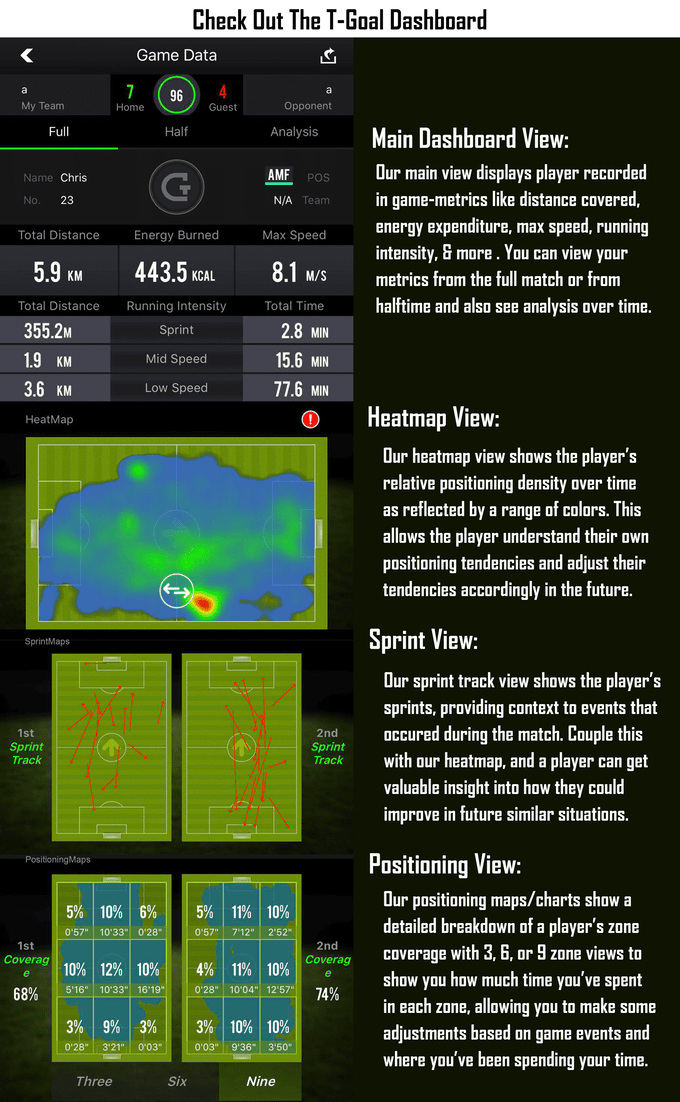 For more details and a full list of all available pledges jump over to the official Kickstarter campaign page by following the link below. “T-Goal is an innovative form of wearable technology designed specifically to help you improve as a soccer player and athlete. T-Goal allows the user to track a variety of metrics through our dashboard.”