This weird looking spring loaded seat called the Swopper was originally designed to prevent and relieve back problems and tension. If your  like me and spend far too much time sitting at your PC/Mac this could help with those extended surfing sessions. 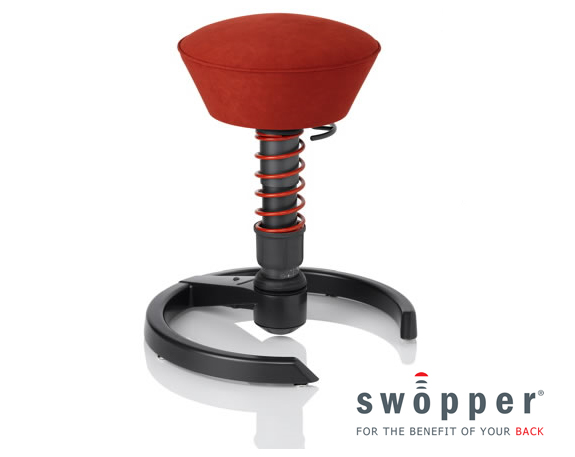 I have been using one for a number of weeks now and I have to say I can already feel the benefits. Apparently its the only seat in the world that can adapt to all three dimensions of human movement. Meaning the Swopper moves forward, backward, sideways, all the way around, and up and down.

When I first tried one I insisted I needed a backrest like the traditional chair it was replacing but to be honest it just got in the way. During the day due to movement and bouncing, the swopper tends to swivel and I was forever moving the backrest back into position. Now I have removed it I haven’t missed it once and I can now swivel 360 degrees easily to access the PCs behind without even getting up…. sweet.

They are available from £600 about $800 which is a little pricey but I think they might just be worth it if you spend long hours sitting as I do at the moment.