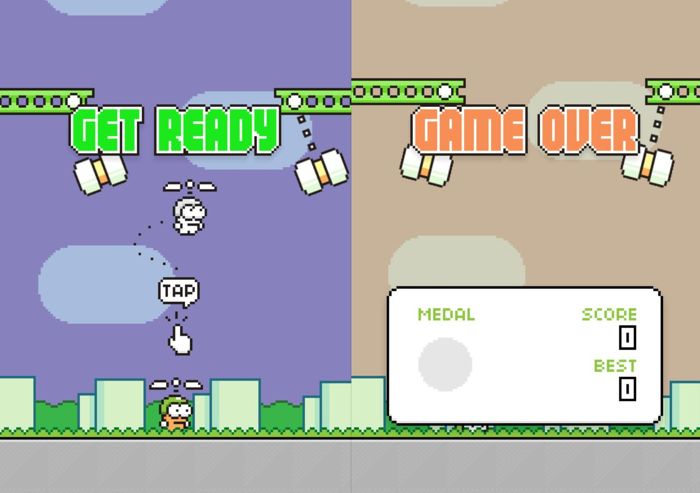 Earlier in the week Flappy Bird creator Don Nguyen revealed his new game, Swing Copters, and now the game is available for both Apple’s iOS platform and Google’s Android platform.

Flappy Bird became sol popular earlier in the year, that the games creator Don Nguyen removed the game from the various app stores after he said it was too addictive.

Nguyen recently released a new version of Flappy Bird again for Android on the Amazon Appstore, we wonder if his latest game, Swing Copters will end up being as popular as Flappy Bird.

Swing Copters is available as a free download for both Apple’s iOS platform and Google’s Android platform, you can download the iOS version here and the Android version here.

The game comes with slightly different game play to Flappy Bird, although has a similar difficulty level, so we suspect that this could end up being a popular game.