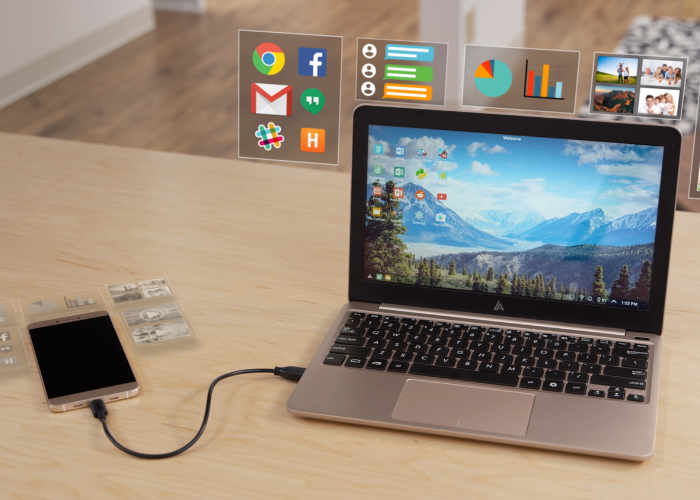 Unfortunately this week the creators of the unique Superbook laptop system, which has been designed to be powered by the processor and technology in your smartphone. Have announced that the launch of their hardware will be pushed back a little further and is now expected to begin shipping during June 2017.

After raising over $3 million via Kickstarter the hardware was expected to ship a little earlier this year, but as with most Kickstarter projects the shipping date slipped into February 2017, but has now slipped a few months more.

Watch the promotional video below to learn more about the Superbook smartphone powered laptop system which is now available to preorder with prices starting from $120.

Introducing the Superbook, a plug-and-play device that turns your Android smartphone into a complete laptop. Just connect your smartphone to any Superbook, and get the same computing experience no matter where you go.

Your smartphone is an incredibly powerful computer. You already do a lot on your smartphone: it’s convenient, portable, and holds all of your apps, files, and contacts. In fact, you could accomplish a lot more with it, but are often held back by its small screen size and limited mobile interface. That’s why we created the Superbook – to remove those restrictions and give you the freedom of using just one computer.

At its core, the Superbook is a smart laptop shell that provides a large screen, keyboard and multi-touch trackpad, 8+ hours of battery, and phone charging capabilities. When plugged into your Android smartphone, it launches our app to deliver the full laptop experience. Whether you’re a creative, a student, a road warrior, a frequent flyer, or all of the above, the Superbook gives you the freedom to do more with the one computer that has everything—take off without your laptop, land anywhere and get to work without ever needing to sync your files or applications again.

For more information on the new Superbook hardware jump over to the official website for details by following the link below.