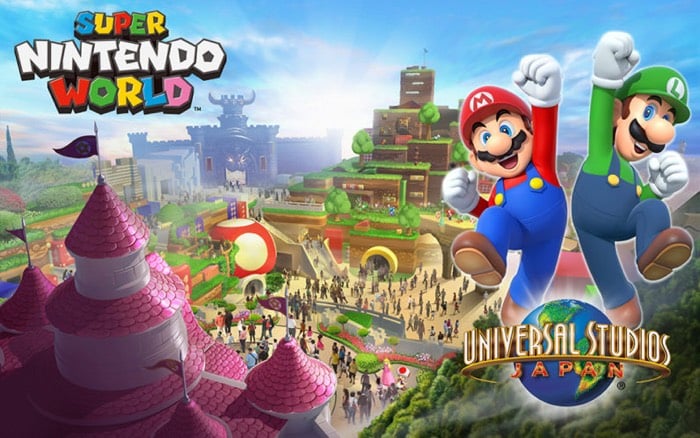 Nintendo has announced that it is launching a new theme park by 2020 at Universal Studios in Japan, the park will be called Super Nintendo World.

The park will feature everyone’s favourite characters including Mario and others from the Super Mario series.

Super Nintendo World will feature characters and themes from the “Super Mario” series, which has continued over the years to win the hearts of devoted fans around the world. The attraction area will also feature a variety of other globally popular Nintendo characters. Nintendo characters and the worlds they inhabit will be re-created at the highest level of quality through the strong partnership between Mr. Shigeru Miyamoto, Creative Fellow at Nintendo, and Mark Woodbury, President of Universal Creative, renowned for creative and technical excellence. Super Nintendo World will allow guests to fully immerse themselves and all five senses in the worlds of Nintendo, and is expected to attract guests from Japan and the world over.

You can find out more information about the new Super Nintendo World theme park over at Nintendo at the link below.