Angry Birds fans who might like to use a physical real world controller to launch their birds into action, maybe interested in this new creation that allows you to launch your Angry Birds with style.

The Super Angry Birds USB controller is equipped with force feedback and comes complete with its own TNT detonator pack to split your Angry Birds in flight. Watch the video after the jump to see it in action. 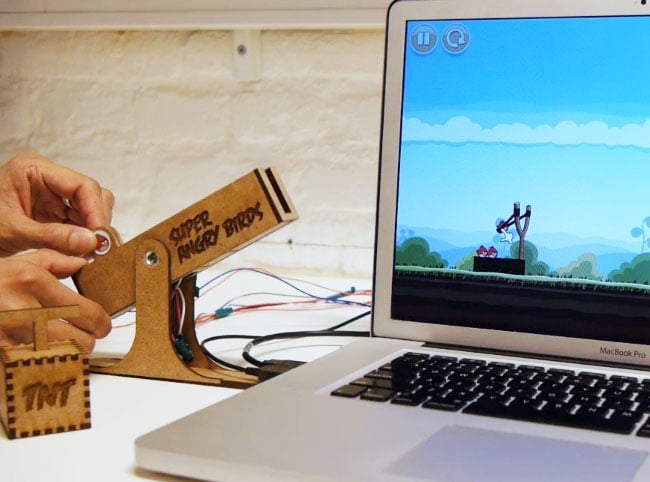 The Angry Birds controller has been created by programming a Max/MSP and Arduino, with Arduino-based micro controllers to control the hardware, and was created as part of the Haptics at CIID run by Bill Verplank and David Gauthier.

The creators of the Supper Angry Birds USB controller explain: “All the controls found in the game are available in this device. You can control the pull, the angle, and of course trigger the special power of the bird. We hacked a motorized fader found in audio mixing consoles to simulate the force you would feel when using a slingshot.”