But this time it’s exclusive to the iPhone4. Geiger counters seem to be the new trend in smartphones these days, what with the huge Japanese phone market located in an area blighted with radiation. Of course, anyone familiar with Geiger counters must realize that iPhones can never work as good as the real things. The WikiSensor, however, is capable of at least performing to the user’s satisfaction. 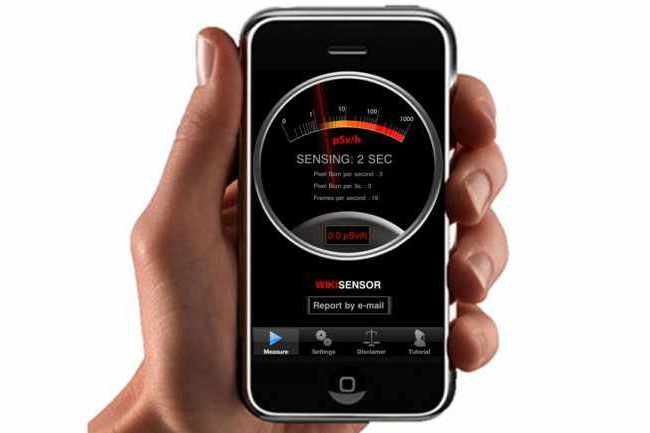 The WikiSensor works using the iPhone’s CMOS sensor. What the user does is cover it in black tape to prevent it from absorbing specific light rays. This in effect filters Gamma and Y-rays. Clever, clever, huh?

The rays are then measured by the app, which provides a readout on the touchscreen. It’s also available in several languages, including Japanese.

The WikiSensor is also being improved by its developers so that it can provide maps of radioactive areas via information from other devices.

We found a video that better explains its functions:

The WikiSensor app is now available for $0.99.