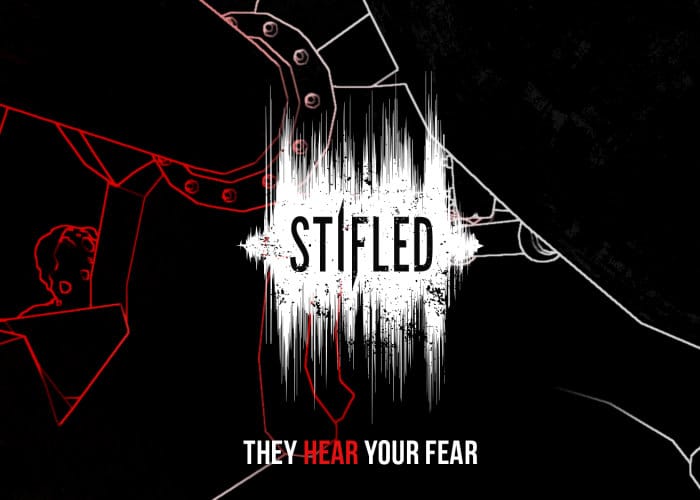 Stifled the award-winning virtual reality horror game already available on the PlayStation platform will next week the launching on PC and HTC Vive and Oculus Rift virtual reality headsets next week. Stifled is launching tomorrow July 10th 2018 , and will be available on Rift, Vive and PC via the Steam games network, Humble, Itch.io, GreenManGaming and Razer Game Store, and for Rift on the official Oculus Store. Check out the trailer below for thew new PC and VR horror game.

“Stifled is a multi-award winning, VR and Mic-Enabled Sound-Based Stealth Thriller, where sound is the only way you see and the enemies HEAR your fear. Step into the shoes of David Ridley, a man whose mind is slowly fracturing under the weight of heartbreak, turning his world dark. A world where sound gives a glimpse of your surroundings but also attracts the attention of grotesque and terrifying creatures lurking in the dark.”

“In Stifled, the sounds made by your in-game character and yourself through microphone input reveal the otherwise hidden world through ‘echolocation’. However, undue noise will attract the attention of creatures lurking in the darkness. To survive, you will have to tread the line between making sounds to see, and staying quiet to stay hidden.”

To learn more about the unique horror game jump over to the official Gattai Games website by following the link below.