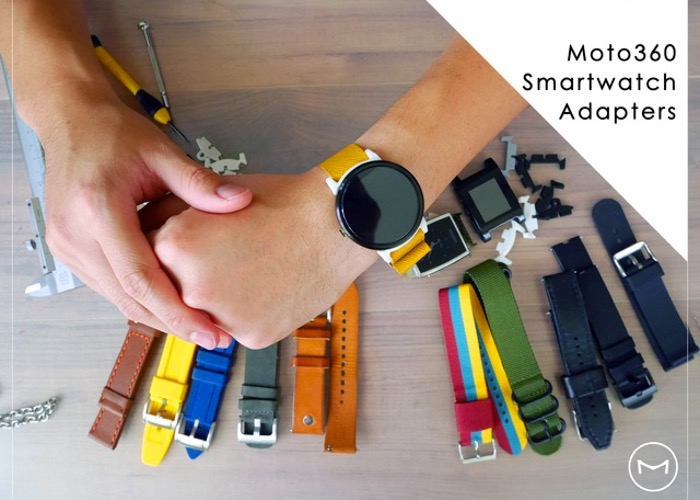 If you were impressed by the range of different watch straps that are available for the new Apple Watch wrist worn wearable, but prefer to own a Moto 360 Smartwatch you might be interested in a new strap adapter which has been developed called the SteelConnect M.

The SteelConnect M Moto 360 watch strap adapter allows you to add any traditional watch strap to your smartwatch allowing you to express your style and fashion with ease. Check out the video after the jump to learn more about the handy adapter.

The SteelConnect M Moto 360 watch adapter has been designed and created by Jason Lim who in the past has also successfully launched a similar adapter for the Pebble smartwatch in the form of the SteelConnect. The SteelConnect M project is currently over on the Kickstarter crowd funding website looking to raise £10,000 in pledges to make the jump from concept to production. Jason explains a little more about his creation :

SteelConnect 2.0 (our first Kickstarter project) has proved to be our most popular adapter so far. We believe this has proven the need of an adapter for special design smart watches in the market. We’ve decided to explore how far this humble idea can carry on to.

The result is Moto360. We’re so excited when Moto360 were first introduce in early 2014. Its sophisticated looks has brought many inspiration to our design team. We’ve aiming for the best quality we could offer. Stainless steel with PVD coating. These are driven to meet the sophisticatedly designed Moto360. “

So if you think SteelConnect M is something you could benefit from, visit the Kickstarter website now to make a pledge and help SteelConnect M become a reality.