This has to be the coolest Steampunk PC mod we have seen here at geeky gadgets, the Steampunk Frankenstein PC Mod by Dana Mattocks. 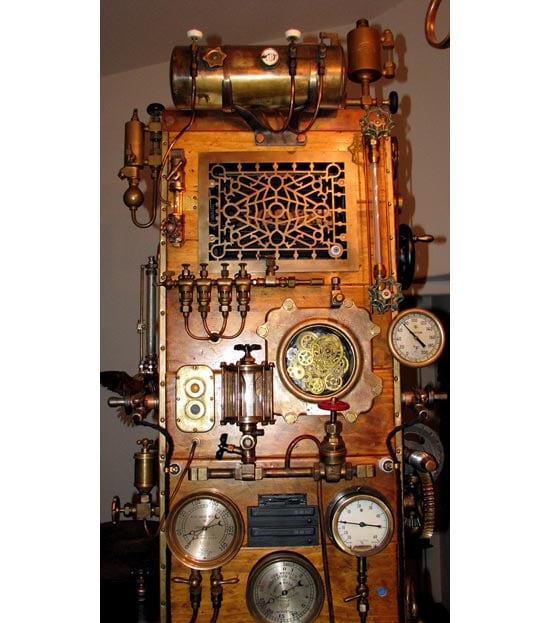 This amazing Steampunk PC stands a massive 8 feet tall and weighs in at about whopping 106 pounds. 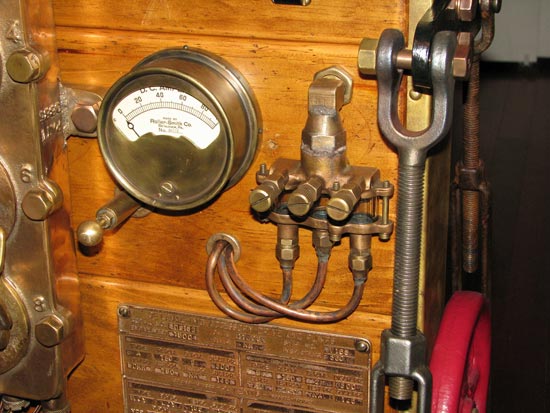 Parts used to creat this amazing Steampunk PC, include a Victorian vent from a Church, a WWII brass radar port from an actual war ship, and various gears from 5 different clocks. 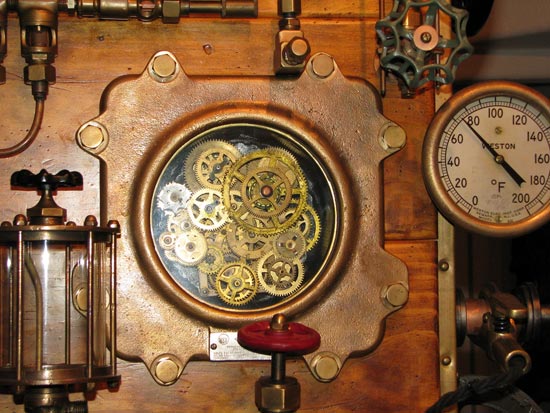 The Steampunk Frankenstein PC Mod features two radiators to cool the CPU and it also has dual 8800 GTX graphics cards, head on over to Dana Mattocks Flickr page for lots more photos and details on this amazing Steampunk PC mod. 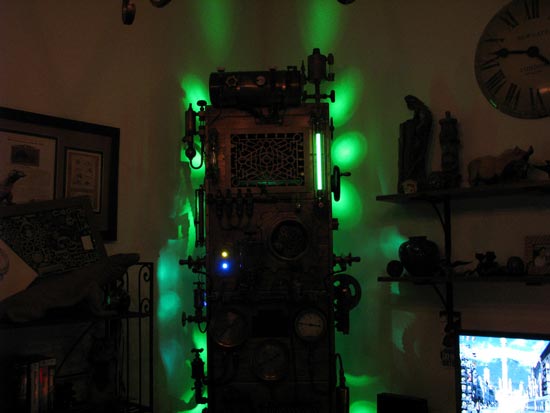 This cool steampunk PC mod is now finished, including Dvd Roms, you can see the final version here.