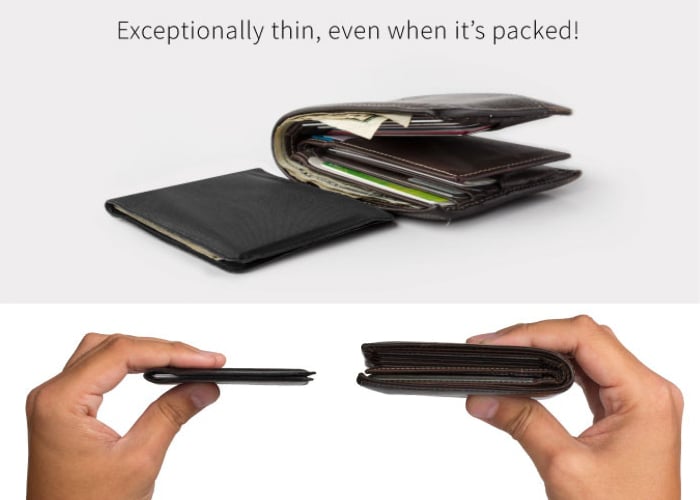 Steve Schmidt has designed and created an ultra-thin super strong wallet aptly named the Stealth Wallet. Constructed from material 15 times stronger than steel and normally associated with military body armour the wallet is super thin and is capable of holding 8 credit cards, cash and more as well as offering RFID protection. Watch the demonstration video below to learn more about it lightweight yet super strong construction.

Steve explains a little more about the inspiration behind the Stealth Wallet and its design. “Five years ago, I broke my back riding BMX. During recovery, I realized sitting on my thick wallet was causing serious back pain. So I took it out and set it by my hospital bed. Next thing I know, it’s gone! Unlike other thin wallets, Stealth Wallet was made to last and was built to be practical and durable. Best of all, Stealth Wallet stays ultra-thin even after stuffing it with cards and using it overtime.

Launched via Kickstarter the Stealth Wallet is available from $29 or roughly £22 offering a saving of the recommended retail price which will take effect once the crowdfunding campaign was to an end. Shipping to certain countries is expected to commence sometime around June 2019.