Starr Labs the creators of MIDI Guitars, MIDI controllers, alternate MIDI instruments have unveiled their latest creation over on the Kickstarter website called the iTar. The iTar has been designed to transform your humble iPad into a 21st century guitar.

At it’s heart the device is a button-based guitar fretboard (Starr Labs patented fingerboard) integrated with a dock for the iPad. The  fingerboard has already been used on instruments built for the likes of Vernon Reid, the Chemical Brothers, Pendulum, Linkin Park and Lou Reed to name just a few. 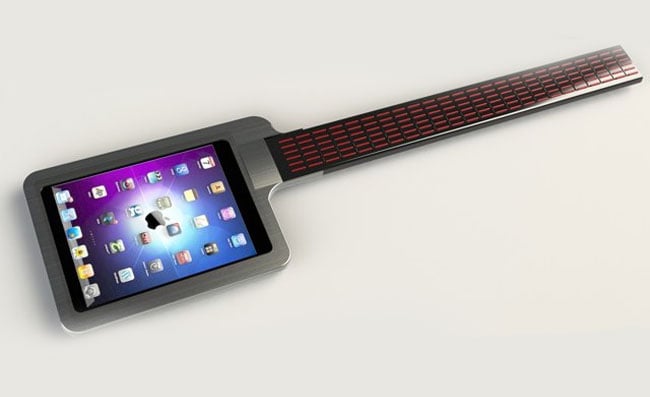 The iTar is the brainchild Harvey Starr an inventor, musician and electronics engineer operating out of San Diego, California and already hold patents in various fields including three for electronic guitars. So if you think his iTar is a project worth backing you can jump over to the Kickstarter website to make a pledge from $1 to help make the iTar make the jump from concept to manufacture.