PS3 gamers that didn’t make the Starhawk beta will be pleased to know that the beta has now been opened up to all, and is now available to play on the PS3. Watch the just released Starhawk four minute trailer after the jump to get a glimpse at what you can expect from the new Starhawk game currently being developed by LightBox Interactive. 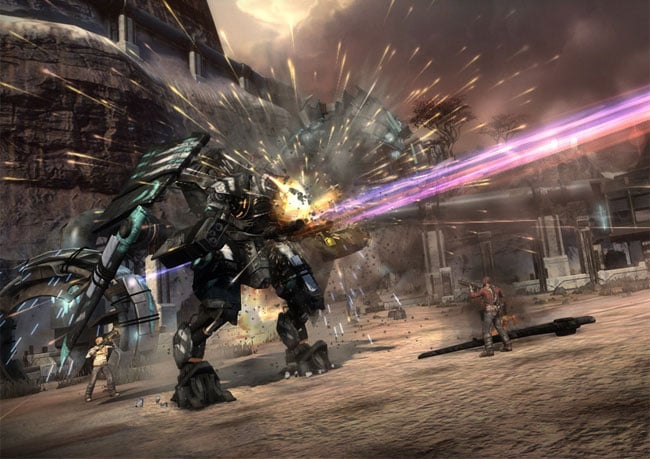 Starhwak is a sequel to the popular Warhawk game released back in 2007. The new game is a third-person shooter video game created for the PS3 and will be launched on May 8th 2012. Game plot synopsis:

“The ‘Starhawk’ the universe is in the future, where humans have begun colonizing other planets. The game is set in a distant colony called the Frontier, which was home to a massive battle after an event known as the Rush. The Rush took place when all of the rift energy miners, commonly referred to as Rifters, were mining for valuable rift energy.

The rift energy was incredibly powerful, however, and transformed the miners into mutants known as Outcasts. The Outcasts are extremely protective of the rift energy, and kill any who attempt to harvest it.”

Any PS3 gamers who pre-order the new Starhawk game through GameStop, will automatically get a free upgrade to the Limited Edition game, which brings with it two DLC packs containing multiplayer skins and a selection of new maps once the game is officially launched.