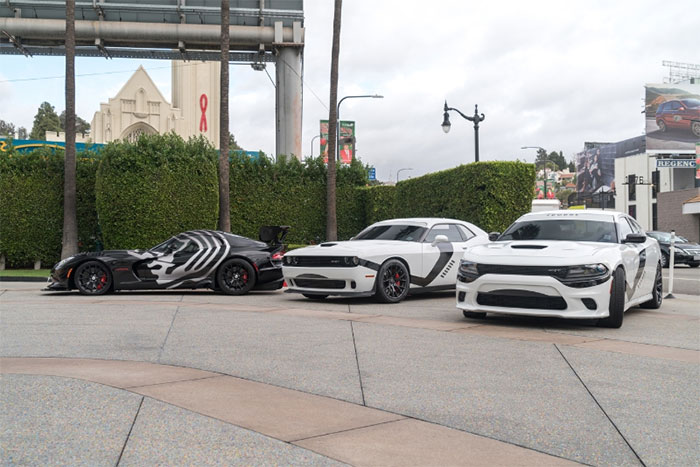 This is a huge week for Star Wars fans with us only four days away from the premier of Star Wars: The Force Awakens. You may have seen the commercials running on US TV where the Star Wars themed Dodge sports cars show up at the theater to see the flick. If you want to get a better look at these specially wrapped Dodge vehicles, you have a chance left today in LA.

Fans of Star wars will be able to get their photo taken with first Order Stormtrooper-themed white Dodge Charger SRT Hellcat and Challenger SRT Hellcat models. The even cooler Kylo Ren Dodge Viper ACR clad in black is also cruising the streets of LA.

Fans wanting to see these vehicles in person can track the cars in real time on Twitter with the hastags #Dodge and #TheForceAwakens. The Stormtrooper Hellcats pack 707hp under the hood and the Kylo Ren Viper ACR is a track ready beast of a sports car. Today is the last day that fans can get a glimpse of these cars around LA. They were on the prowl around LA since Friday of last week.