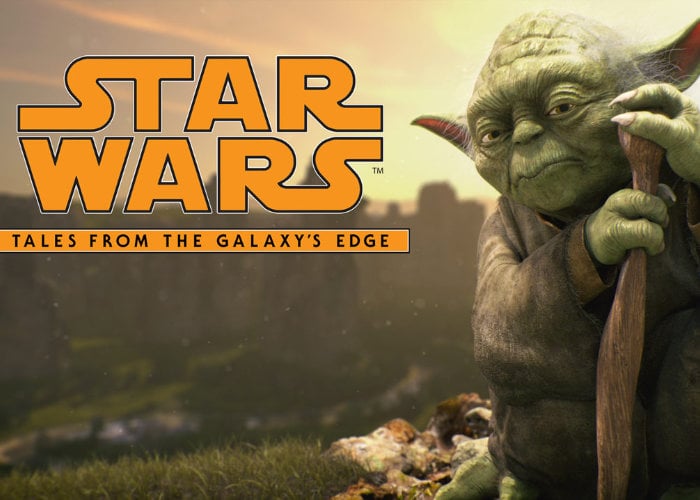 The new Star Wars: Tales From The Galaxy’s Edge virtual reality game currently being created by Facebook Connect and ILMxLAB, set to launch in time for this years holiday season on the Quest and Quest 2 VR headsets, has been teased once again with a new short trailer featuring C-3PO and R2-D2.

“In Vader Immortal, we let you stand next to Darth Vader. It was terrifying,” Perez said. “In Tales from the Galaxy’s Edge, when you stand next to Yoda, THE Jedi Master, it is powerful and a little heartwarming. I’m super stoked for all the fans to experience that.”

“From the lightsaber-wielding fun of Trials on Tatooine through the intense, story-driven Vader Immortal, ILMxLAB has continually pushed the boundaries of experiential storytelling in virtual reality. (And, let’s face it — seeing Darth Vader walk toward you is just kind of awesome.) Star Wars: Tales from the Galaxy’s Edge looks to be the next leap forward, bringing Star Wars fans to Batuu — the world seen in Disneyland® Resort and Walt Disney World® Resort at Star Wars: Galaxy’s Edge — where they’ll encounter barkeep Seezelslak (played by Bobby Moynihan) and be transported to different eras of the saga through his stories.”

Find out more about what you can expect from the new game via the link below to the official Star Wars VR game website.