You’ve seen the pepper grinder, trashcan and even a laundry basket. Now R2 is trying his hand at audio with this nifty speaker set. You get a two-droid set, R2-D2 and his red doppleganger R2-D1. Each features a flip-up head to reveal a speaker. 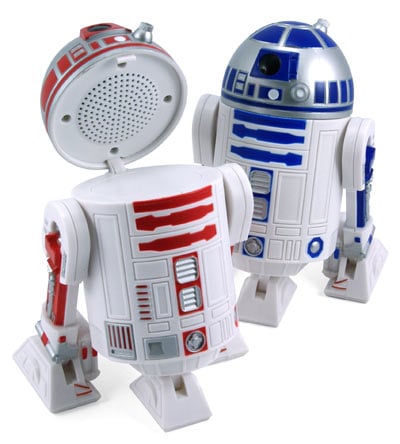 Plug the stereo headphone style plug into your PC, iPod or spare Wookie for some droid-based sound. We won’t kid you, these speakers are not powered so their volume is limited by whatever audio input you give them.

Available for $39.99 from ThinkGeek.com