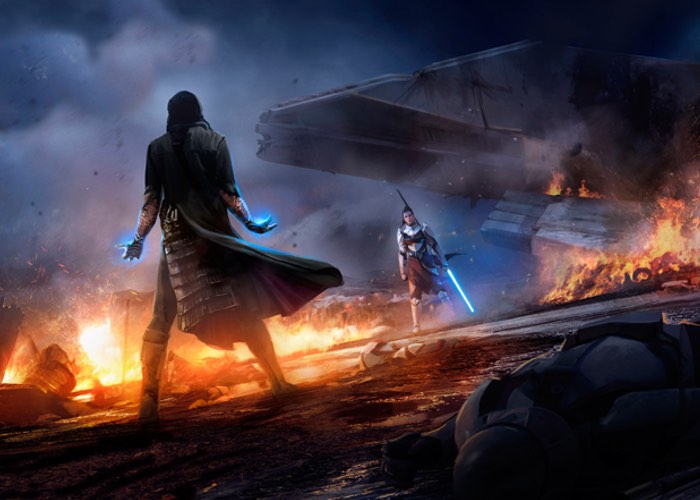 A new trailer has been released over the weekend for the upcoming Star Wars The Old Republic Knights of the Eternal Throne game providing more insight into the storyline and action you can expect from the new game in the series.

The Star Wars Knights of the Eternal Throne “Betrayed” trailer embedded below sure to whet your appetite ahead of the game’s launch on December 2nd 2016.

Battle to take control and rule the galaxy in the upcoming STAR WARS: The Old Republic™ Digital Expansion – Knights of the Eternal Throne. Face powerful factions, influence the galaxy for the light or dark side of the Force™, and decide who lives and dies in your own STAR WARS story.

The latest game in the series is also now available to preorder offering a number of different gifts depending on when you preorder, one of which include three-day early access. For more information on the Star Wars The Old Republic Knights of the Eternal Throne game jump over to the official website by following the link below.