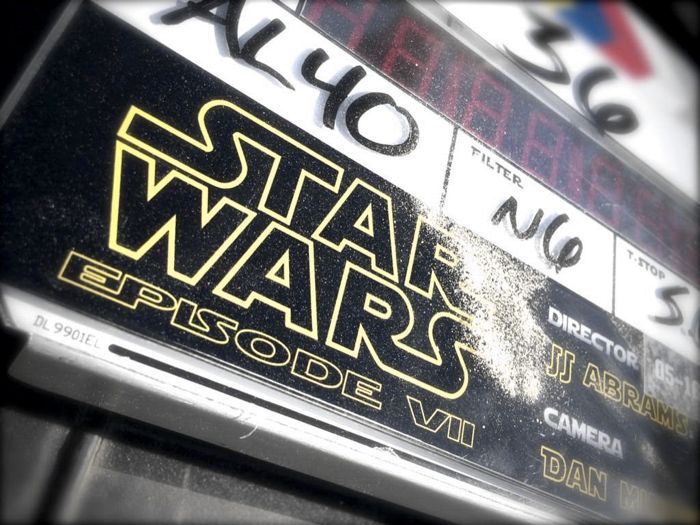 Last month the full cast for Star Wars Episode VII was revealed, and now it looks like production of the seventh movie in the Star Wars saga has begun.

The photo above was posted on Twitter, which confirms that filming of the new Star Wars movie has started, and it will star Harrison Ford, Carrir Fisher and Mark Hamill from the original movies.

The new Star Wars Episode VII movie takes place 30 years after Return of the Jedi, the movie will hit movie theaters on the 18th of December 2015.