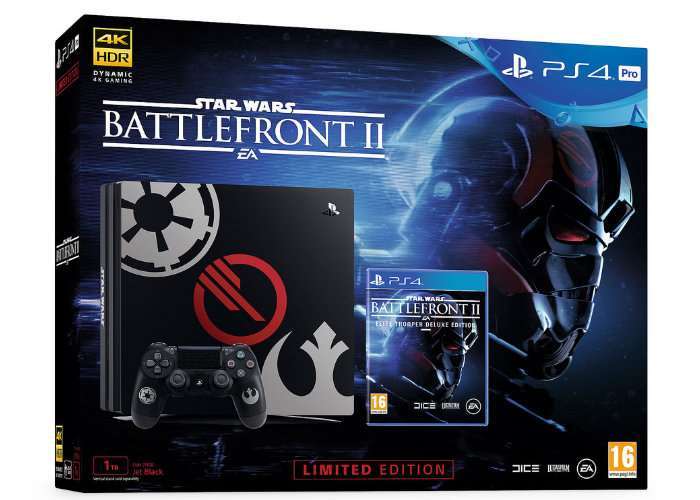 Sony has unveiled two new limited edition Star Wars Battlefront II PlayStation 4 bundles today which include custom graphics and colours for both the dark and light side of the force.

Star Wars Battlefront II the EA first-person shooter (FPS) sequel will be officially launching next month on November 17th, 2017 and will be available to play on PC, PlayStation 4 and Xbox One consoles and has been created using the Frostbite 3 games engine by EA DICE. 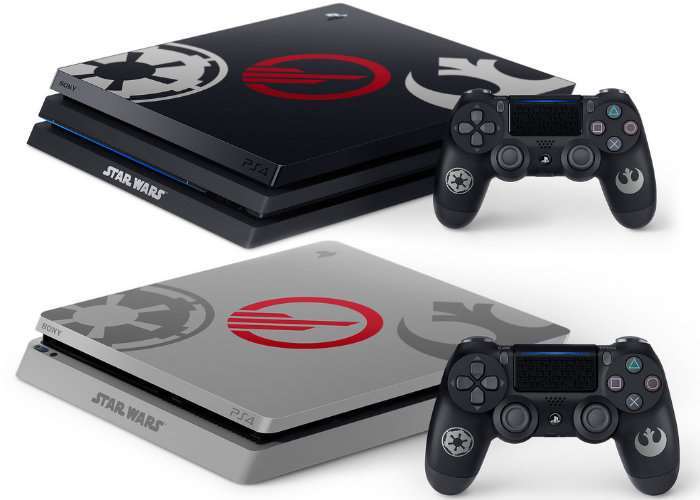 First off, we’re launching two Limited Edition Star Wars Battlefront II PlayStation 4 consoles. First is a customised PS4 Pro system, matching Dualshock 4 wireless controller, and a physical copy of the Star Wars Battlefront II Elite Trooper Deluxe Edition. The Star Wars-themed PS4 Pro is decorated with the iconic Galactic Empire and Resistance emblems, as well as an insignia for Inferno Squad – the specialist Imperial squad featured in the game’s campaign. The console has a beautiful mirror finish. If you look closely at the matching Dualshock 4, you can spot the Star Wars logo imprinted in the touchpad. The controller’s grips are also decorated with the Imperial and Resistance emblems.

The Deluxe Edition of the game included in the bundle lets players begin their journey to the galaxy far, far away three days earlier than the Standard Edition and also comes with premium digital content, including upgraded versions of all four trooper classes, and instant access to elite hero and starfighter epic Star Cards. The second limited edition is a 1TB grey PlayStation 4 which also has the trio of emblems emblazoned on the console and insignias and logos on its Dualshock 4 controller.