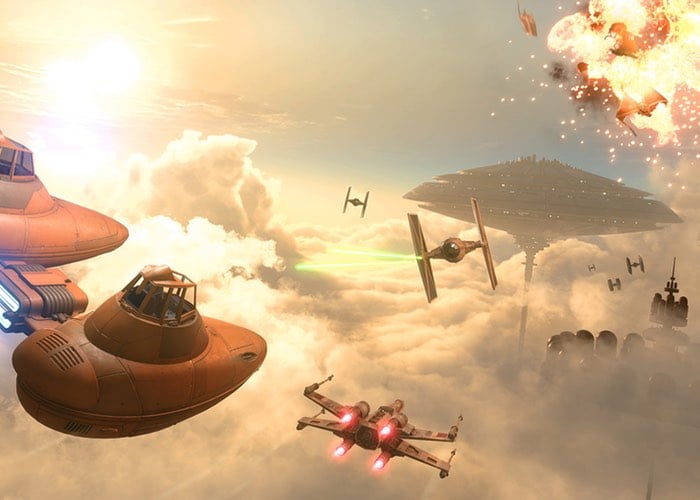 Star Wars Battlefront players that have not already purchased the latest Bespin DLC can this week enjoy a free trial to see what they are missing and explore the cloud city of Bespin.

A week-long free trialIs already underway allowing you to enjoy the Bespin DLC from September 12th to 18th, as well as experience a new game mode called Sabotage. Also check out the trailer for the new Death Star DLC that will be launching soon below.

All players on PlayStation 4, Xbox One and PC will be able to check out the four new Star Wars Battlefront Bespin Maps. This includes memorable locations in four multiplayer maps set on the Cloud City of Bespin, from the platforms, bridges and unforgettable white hallways of the Administrator’s Palace, to the dark, industrial corridors of the Carbonite-Freezing Chambers. We’ve also added a map called the Bioniip Laboratories which, our lore-savy fans out there will know, is where cybernetics and other bio-implants were manufactured.

As part of the occupation attempt, the Empire has deployed several tractor beams on the surface of Cloud City to prevent Rebel ships from escaping the planet. In order to power the tractor beams, the Empire makes use of Tibanna gas generators that draw from the Tibanna gas native to Bespin. For the first phase of the game mode, the Rebels have arrived at the location where a few of these generators are stored. The Rebels must fight their way through the Imperial defense, plant charges on the generators and ensure they detonate before time runs out. If successful, the second phase of the game mode begins, as the Rebels must fall back to their Extraction Point and defend it until the transport ships are ready to leave.