A new work in progress video has been released by Wing Commander creator Chris Roberts for his latest project “Star Citizen”, which is currently in development and was successfully crowd funded.

Crowd funding secured Roberts with $3.38 million with nearly 50,000 backers helping to make the new space game a go. Watch the video after the jump to learn more about the Star Citizen project and see it in action. 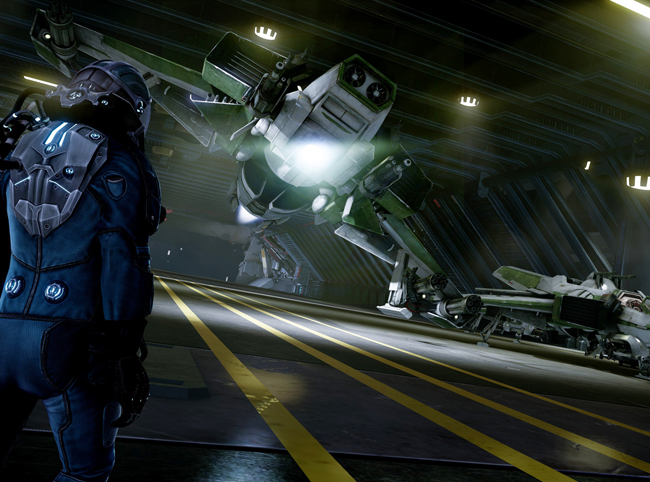 “This video isn’t as polished as I would normally put out so please be nice as we’re 24 months away from anything that would be called final, and even 12 months away from just a multiplayer alpha dogfighting build,”- “The laser effects, explosions are all placeholders and there will be significant work done here, as well as some very cool shield effects I have cooking up in the background. My goal with the visual effects is to use a lot the techniques and looks used in film work, which are now possible with DX11 and modern day PCs.”

“The point of the video isn’t to show the VFX or damage systems, which still have a ways to go but to demo some of the early AI work that’s been happening in the background,”-“The Squadron 42 / Star Citizen pilot AI will be the most sophisticated AI that I’ve attempted on any of my games. My goal is to take the ideas that I pioneered with Wing Commander and later games; distinct personalities, dynamic learning, signature moves to next level with the power of modern CPUs.

“We’re a long way off from the final article, but as you can see from the video AI can already fly in formation, respond to commands and engage in combat. All the dogfighting you see in this video is AI driven!”

For more information jump over to the RobertsSpaceIndustries website for updates about the new Star Citizen game currently in development.