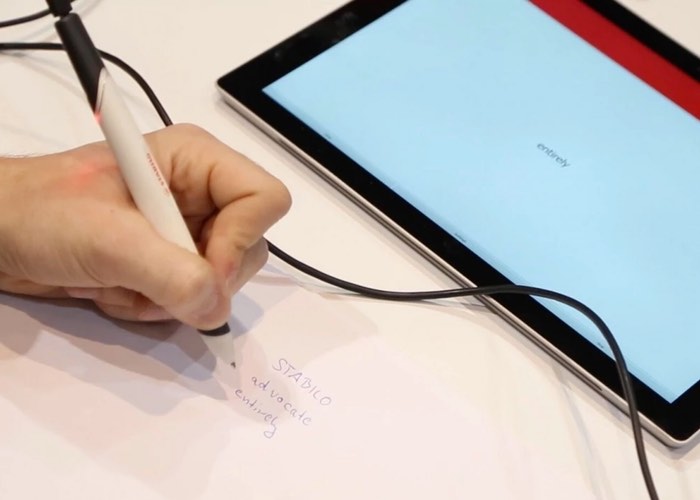 Pen manufacturer Stabilo has created a new digital pen aptly named the Stabilo Digipen, which was showcased at the recent CES 2015 technology show and offers an alternative way to take your sketches and notes into a digital format.

The pen supports a wide variety of operating systems including Android, iOS, Mac and Windows and connects to devices via Bluetooth or a USB connection. The digital pen is also capable of providing users with handwriting recognition when used with custom applications, where the pen input is recognised as a keyboard.

Check out the videos below to learn more about the new Stabilo Digipen and its features and functions. The digital pen is expected to be launched in Q3 2016 and is expected to be priced at around €100 or $108.

The Stabilo Digipen recognizes 2,048 levels of pressure sensitivity and uses motion detection to calculate which letters a user is writing and is capable of being used on any kind of paper and doesn’t require any special notebooks to be used. As more information is released by Stabilo over the coming months for their Digipen we will keep you updated as always.