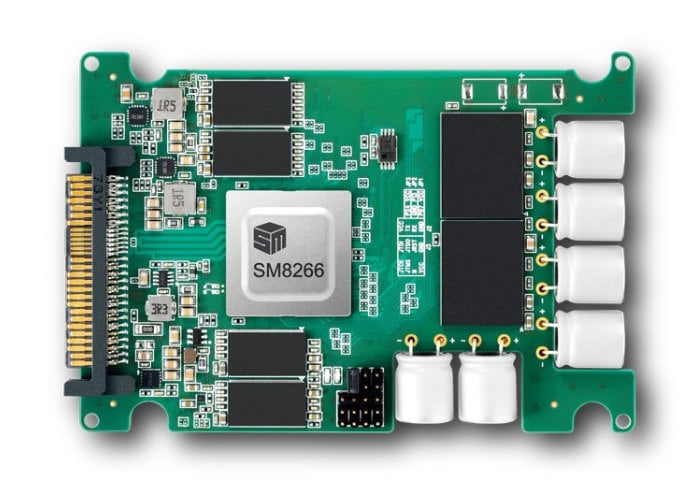 “Our solution is the only complete PCIe Gen4 turnkey solution available today from an established merchant controller supplier,” said Nelson Duann, Silicon Motion’s Senior Vice President of Marketing and R&D. “Since the introduction of our PCIe Gen3 turnkey solution, we have established a longer track record of supplying turnkey solutions in terms of customer adoption and sale volume than any other company. Our Shannon Systems team is already custom designing enterprise-grade NVMe, Open-Channel and Key-Value SSDs using SM8266 for hyperscale customers’ data centers with production expected in 2021.”

Specifications of the new SSD controller include :