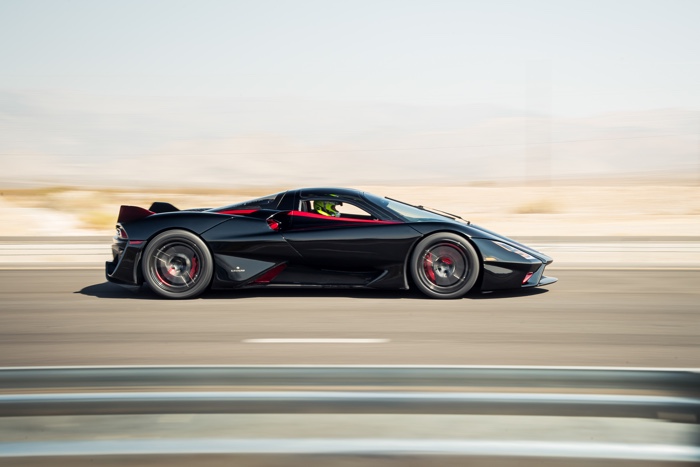 The car comes with and impressive 1,750 horsepower and it was driven by racing driver Oliver Webb on these world record runs.

Officials were on site to verify all world record criteria was met — including review of Dewetron GPS measurements, which tracked the speed runs using an average of 15 satellites — and to confirm the new record.

You can find out more information about the SSC Tuatara over at the company’s website at the link below.