Over the years we have featured a number of throwable cameras which have been developed to capture extraordinary and very unique lines of sight not available whilst using a hand-held camera. 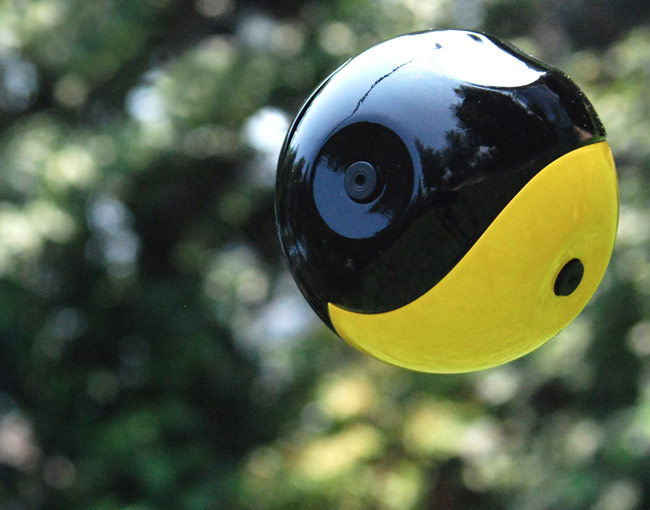 The Squito camera is a first generation prototype ball camera which has been designed to be thrown into the air to capture photographs and is equipped with 3 cameras an inertial measurement unit (IMU), a microcontroller and image processor.

“The Squito throwable camera innovations are accelerating with advancements in sensor and imaging microelectronics,” stated Hollinger. “And with the advent of low-cost, high-speed cameras for outdoor recreation, an affordable throwable camera is finally within reach.”

Squito is now being developed by Steve Hollinger to capture slow-motion, full-spherical video of subjects visible from a bird’s-eye view along the trajectory.