Today SprintTV has finally launched an iPhone application for users, enabling iPhone owners to now view selected live and on-demand programming from partners such as ABC, CBS, NBC, ESPN, The Disney Channel, MTV and Comedy Central to name a few. 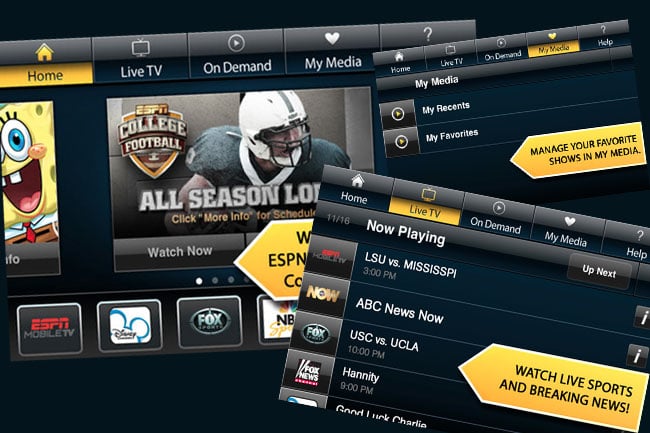 SprintTv also provides premium packages allowing you to watch to more than 40 paid premium packages with popular shows including “Keeping Up With The Kardashians,” “SpongeBob Squarepants” and “The Daily Show with John Stewart.” Which start at $4.99 rising to $9.99 per month.

You can now download the new Sprint TV Applcation for free from the iTunes App Store. The entire lineup of options available through the Sprint TV App can be viewed over on the MobiTV website. Sprint explains:

“Use of Sprint TV is included in plans with unlimited data. Sprint is the only national wireless carrier offering truly unlimited data plans for all phones, with no throttling or overages. Casual data charges of $0.03/kb and standard text messaging charges will apply to customers not on a plan with unlimited data and messaging.”